Even a small earnings miss hurt the company's shares today.

Shares of Jacobs Engineering Group Inc (J -1.47%) plunged as much as 15.2% in trading Tuesday after the company reported fiscal fourth-quarter results that didn't sit well with investors. Shares recovered some of those losses late in trading but were still down 10.4% at 3:30 p.m. EST.

Revenue was up 56% to $4.14 billion and increased 7% on a pro forma basis, which accounts for the acquisition of CH2M and announced sale of the ECR business. The company swung from net income of $93.4 million a year ago to a loss of $22.5 million, or $0.16 per share, a decline that was blamed on the tax reform bill. On an adjusted basis, earnings were $188 million, or $1.31 per share. 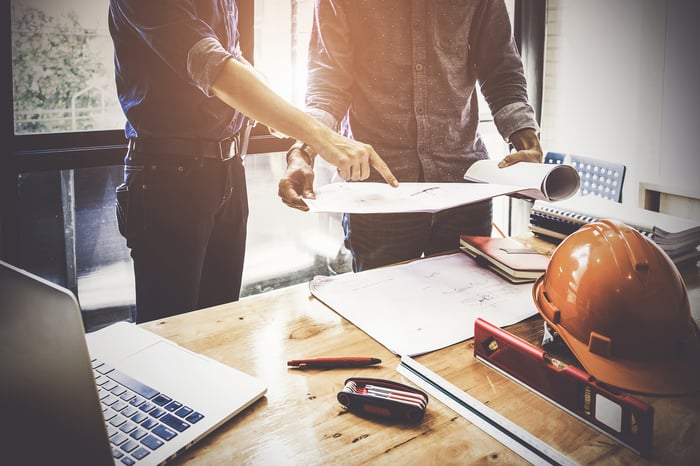 Earnings easily topped the $1.22 per share that analysts expected, but revenue fell short of the $4.25 billion projected by Wall Street. It's also worth noting that backlog has increased from $19.8 billion a year ago to $27.3 billion, so there's still high visibility for future operations.

Revenue may not have lived up to expectations, but the reaction seems a little overdone given the company's bottom-line performance. Part of the problem today is that the market overall is down, with major indices falling around 2%. Given that backdrop, I wouldn't worry too much about Jacobs Engineering's drop in shares today and would take some comfort in its rising adjusted earnings and strong backlog.