Apple (NASDAQ:AAPL) declared itself a champion of privacy a few years ago, and has continued to make privacy a key competitive differentiator ever since. At a time when consumers are becoming increasingly aware of the privacy costs associated with many free online services, people are starting to appreciate that stance a bit more. Describing what he refers to as the "data industrial complex," CEO Tim Cook last month said that user data is "being weaponized against us with military efficiency."

"We shouldn't sugarcoat the consequences. This is surveillance," Cook added. "And these stockpiles of personal data serve only to enrich the companies that collect them." 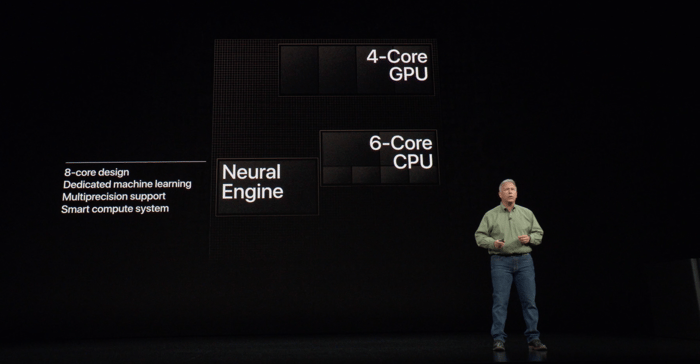 It should come as little surprise that Apple is making acquisitions related to privacy protections. The Information (subscription required) reports that Apple acquired Silk Labs earlier this year for an undisclosed sum. Silk had only raised about $4 million in private funding, so this was probably a pretty small and targeted deal.

Silk Labs was founded in 2015 and had thus far only announced one product, a smart-home hub called Sense that was ultimately canceled before Silk pivoted to artificial intelligence (AI) software. More recently, the company has been working on machine learning and AI software that was small enough that it could be integrated into a wide range of connected consumer devices.

Silk says its platform incorporates privacy by design, only sending tiny bits of anonymized data when necessary for machine learning to train AI algorithms. The key here is that Silk focuses its AI software to perform on-device, processing as much data locally as possible while sending as little to the cloud as feasible. That is Apple's preferred method of handling AI -- keeping as much processing on-device as it can -- since that gives users greater control over their own data.

This is especially critical when you remember that modern gadgets are using increasing amounts of biometric data, including 3D depth maps of users' faces (Face ID) in addition to fingerprints (Touch ID). Keeping as much data on the device as possible reduces the chances that it can be compromised, harvested for advertising or other malicious purposes, or both.

Most consumer-facing AI products, including Amazon.com's wildly popular Alexa, rely on the cloud for most tasks, which provides substantial computing power but also results in greater latency. Amazon is reportedly working on its own custom AI chips to bolster on-device processing power, improving efficiency and reducing latency. Apple introduced its Neural Engine last year in its A11 Bionic chip, which powered the iPhone X, and the Neural Engine in this year's A12 Bionic is over 8.3 times as powerful. Apple also opened up the Neural Engine to its Core ML platform, so that developers can access that AI processing power.

The Silk deal will strengthen the company's AI software that uses all that powerful hardware.