The two leading discounters have taken big hits since posting quarterly results, but they both belong on your holiday shopping list.

These are tough times to be holding shares of the leading discount department stores. Target (TGT -2.35%) stock took a 10.5% hit on Tuesday after posting disappointing quarterly results. Walmart (WMT -1.33%) also failed to impress the market when it stepped up with fresh financials. The world's largest retailer's stock has fallen for seven consecutive trading days, wiping away 10.8% of its value along the way.

One might conclude that shoppers are no longer interested in Walmart's cheap prices or the "cheap chic" approach of its smaller peer Target, but that's just not the case. Comps at Target rose 5.1% for its fiscal third quarter, fueled by a welcome 5.3% surge in store traffic. Walmart didn't fare as well, but it did clock in with a healthy 3.4% increase in same-store sales. Both chains are growing, even as their stocks move in the other direction. 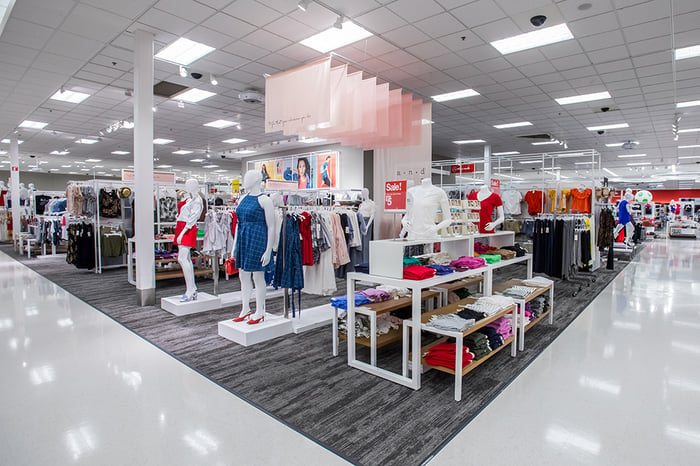 There was an old Walmart ad in the 1990s in which pricing displays would see their numbers fall to reveal lower price points as shoppers bandied about the store. A Walmart investor is probably feeling the same way lately. It's a hard-hat zone out there, folks.

The general market is tanking, so it's no surprise to see Target and Walmart going along for the slide ride. However, it's hard to argue that Walmart and Target aren't in a sweet spot as we head into the critical holiday shopping season.

As discounters, the two chains are often seen as all-weather performers. Annual sales have declined just three times over the past 25 years at Target -- and just once at Walmart -- according to data from S&P Global Market Intelligence. When times are tight, folks who shop at traditional department stores will move down to the leaner mark-ups offered by Walmart and, to a lesser extent, Target. Things naturally are even better when the economy's buzzing, and that's generally the climate that we're in right now. Wages are starting to rise, and unemployment is hovering near historic lows.

There are other factors providing breezy tailwinds for Walmart and Target. The closure of Toys R Us stores is going to drive incremental traffic to the discount retailers, and both chains already have committed to expanding the shelf space they allocate to playthings this season. Some other giant retailers are on the ropes, funneling even more shoppers through the automatic opening doors of Target and Walmart.

There was a time when investors feared that e-commerce would be the death of traditional retail, but that's not happening at all. Online sales in the fiscal third quarter soared 43% and 49% at Walmart and Target, respectively.

Income investors also will appreciate the rising yields that come along with cascading stock prices. Target and Walmart are yielding 3.7% and 2.2%, respectively. It may not be fashionable to own either stock during this month's deluge, but as long as shoppers keep coming, the fundamentals will eventually lift both stocks higher again.