China's content regulators have thrown some curveballs at gaming and video companies this year, but Bilibili has still posted strong gains so far in 2018.

Chinese gaming and video company Bilibili (BILI -0.26%) had its initial public offering in March and since then has seen its share price climb roughly 30% as of this writing. This performance comes even as the broader Chinese technology sector has seen steep sell-offs in 2018 and the country's government has made regulatory moves that could threaten the platform's outlook. 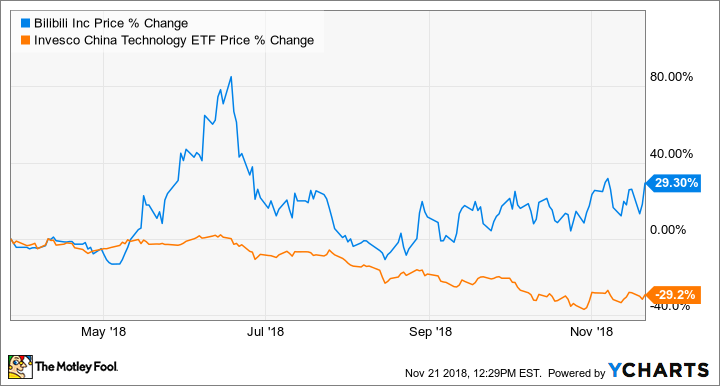 Shares of the Invesco China Technology ETF, a fund that reflects the Chinese tech sector's performance, are down roughly 29% since Bilibili's IPO, making the gains more noteworthy. The online media company's stock has seen strong performance thanks to encouraging earnings results and optimism about the long-term outlook for gaming and video platforms in China. 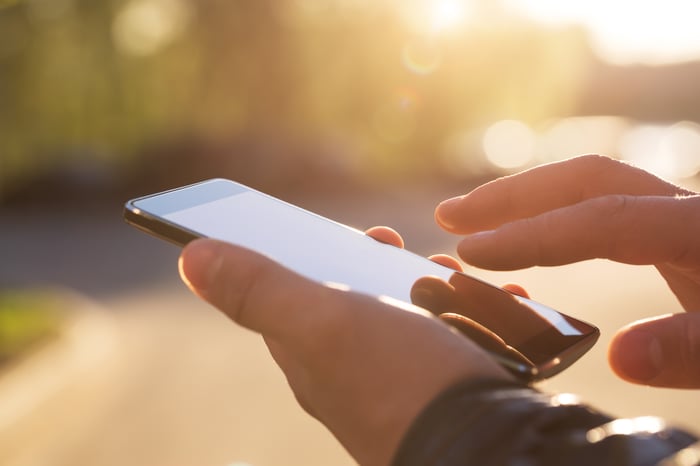 Bilibili priced its stock at $11.50 per share for its market debut on March 29, and shares closed out their first day of trading at $11. Shares continued to trade in that range until the company published its first-quarter results on May 23.

Results for the quarter came in better than expected, with sales climbing 105% year over year to reach $138.4 million, and management pairing the big revenue growth with an encouraging outlook for the second quarter. The strong earnings report pushed the stock up 48.6% in the month, and that momentum continued into June, helping propel shares to a lifetime high of $22.70.

Bilibili stock lost ground from there and sagged in the middle of summer amid a pullback for Chinese tech stocks that was influenced by indications of slowing growth in the country and concerns about the ongoing trade dispute with the U.S. government. Bilibili then revealed on July 31 that the Chinese government had forced it to temporarily remove its app from mobile stores and get rid of content on the platform that did not adhere to the country's decency standards.

Following the temporary shutdown, the company stated that it would double its staff devoted to monitoring content on the platform. Adding more uncertainty to the outlook of the gaming and online content space, mid-August arrived with news that China's government had shut down most of the approval channels for licenses to release new video games amid a restructuring for agencies involved in regulating content.

While August played host to some worrying news, it also saw the company make good on its previous sales target with its second-quarter results. Revenue for the quarter rose 76% year over year to reach $156.1 million. Monthly active users for the quarter reached 85 million, up 30% compared to the prior-year period.

The company got a vote of confidence from Chinese multimedia giant Tencent early in October, with the multimedia giant announcing that it had partnered with the company and invested $317.6 million in it -- giving Tencent a 12.3% ownership stake. The two companies announced later in the month that they had expanded their partnership and planned to share and develop anime properties and jointly operate more games on Bilibili's platforms.

Bilibili's stock continued to gain ground in November, with better-than-expected third-quarter sales helping to push shares up roughly 10% in the month as of this writing. The company reported results for the September-ended quarter on Nov. 20, with revenue rising 48% year over year to reach roughly $157 million and coming in ahead of both the company's target and the average analyst estimate. Bilibili saw promising results on the engagement font as well. Monthly active users climbed 33% compared to the prior-year period to reach 92.7 million, and paying users climbed 202% to come in at 3.5 million. The stock also appears to have benefited from some positive movement for the broader Chinese tech sector, with the Invesco China Technology ETF up roughly 5% in the month so far.

Generation Z, defined by the company as those born between 1990 and 2009, represents Bilibili's core audience and accounted for 81.7% of its user base last year. The Chinese gaming and video markets look poised for long-term growth, and the company's core demographic evidences a strong appetite for content, but investors should proceed with the understanding that the company will have to navigate the regulatory climate in addition to fending off competitors.

China has shown an interest in curbing the amount of time that young people in the country spend on video games and other forms of entertainment. Bilibili derived 83.4% of its sales from mobile games in 2017, with the remainder of its sales coming from video and value-added services. The company operates in seemingly high-growth industries, but its core business is at risk of further regulatory intervention and that dynamic will require that resources continue to be devoted to ensuring that its content remains within the bounds of the country's standards.

Why Bilibili Stock Was Falling Today
409%