Revenue exceeds expectations -- and is likely to do so again.

Shares of Bilibili (BILI -0.26%) stock -- one of several candidates vying to become the "YouTube of China" -- are up 8.5% as of 1:40 p.m. EST, after jumping by as much as 18.6% earlier in the day. This being earnings season, you might guess that a financial report was behind the stock's rise, and you'd be right.

Bilibili reported a $0.13-per-share loss for its fiscal third quarter last night ($0.10, pro forma), which was worse than the $0.08 loss Wall Street had predicted. Revenue, however, beat expectations. 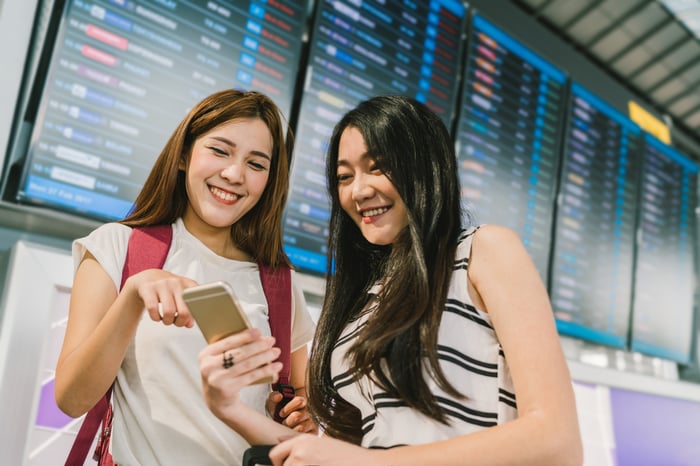 Bilibili grew its revenue 48% year over year, reporting $157.1 million in sales for the quarter. Wall Street analysts had only been looking for $146.7 million.

Monthly active users grew 25%, and monthly paying users more than tripled to 3.5 million. While you might think that an increase in paying users would mean good things for profits, however, it didn't, as Bilibili ended up losing money regardless -- and more money than last year, to boot. Bilibili attributed this loss primarily to "increased channel and marketing expenses associated with Bilibili's app and brand," although both general and administrative and research and development expenditures also rose significantly, preventing the company from earning a profit.

Management didn't give a whole lot of detail on its outlook for the rest of this year, saying only that it expects the fourth quarter to feature revenue of "between RMB1.04 billion and RMB1.08 billion." That works out to about $157 million at best -- or about the same revenue as Bilibili took in in Q3.

On the plus side, also as in Q3, this is more than Wall Street is expecting -- and probably a big part of the reason why Bilibili stock is up today.

Why Bilibili Stock Was Falling Today
409%