GameStop's venture into selling cellphones never made much sense -- and at long last, it's decided to stop.

What do you call it when a retailer supposedly specializes in selling video games, but one day goes out and tries to build a new business selling cellphones? (Personally I'd call it diworsification.)

And what do you call it when that same gaming retailer realizes the error of its ways and announces it's getting out of the cellphone business?

Investors today called it a good reason to buy GameStop (GME -3.40%), and proceeded to bid up its shares by 11.6% by close of trading. 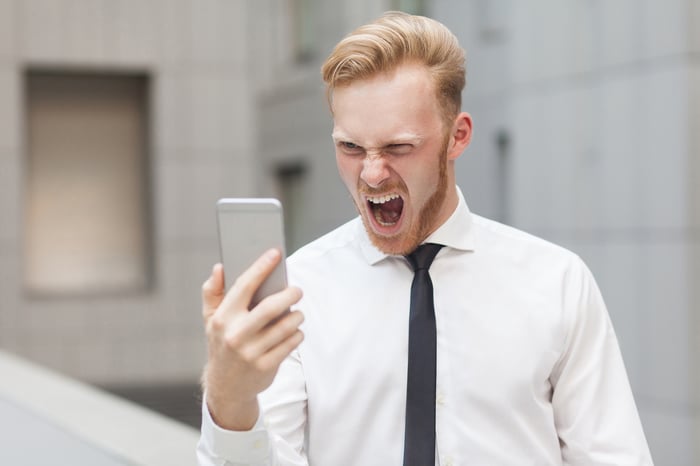 GameStop has finally had enough of the cellphone business. Image source: Getty Images.

Management says that once it has this cash in hand -- and the sale is expected to close by the end of the year -- it will be used "to reduce the company's outstanding debt, fund share repurchases, [and] reinvest in core video game and collectibles businesses to drive growth."

A second, not insignificant benefit of the sale is that it will relieve GameStop of a business unit that lost $316 million last year (GameStop's only unprofitable segment), while giving up less than 10% of the company's revenue stream. "Technology Brands," as GameStop has been referring to the business, accounted for only $803 million of GameStop's $9.2 billion in total sales last year.

GameStop reported $136 million in operating profit last year, but that was after recording $316 million in losses from Technology Brands. Without that burden, the company might have earned more than $450 million before taxes -- and buyers of GameStop stock today are probably betting on that happening next year. Whether GameStop stock continues rising in value, however, probably depends more on whether management can succeed in turning around its "core video game and collectibles businesses," where profits have been falling for two years straight.

Rich Smith has no position in any of the stocks mentioned. The Motley Fool owns shares of GameStop and has the following options: short January 2019 $16 calls on GameStop. The Motley Fool has a disclosure policy.