Jamal Carnette, CFA, Demitri Kalogeropoulos, and Leo Sun
(TMFJcar)
Author Bio
Inspired by the idea of "making your money work for you" at a young age, mostly because he was a lazy child, Jamal parlayed that inspiration into a love of the psychology of markets, competitive advantages, and thematic investing. He later shrug off that laziness, with a career that included stints as a mortgage trainer, a financial advisor, a Sr. Investments Communications Specialist, and a stockbroker. Jamal graduated from George Mason University with a bachelors of science in finance, American University with a masters in finance, and is a CFA charterholder.
Follow @J_Car_Net

'Tis the season...for retail. With Black Friday, Small Business Saturday, and Cyber Monday upon us, shoppers are looking for blockbuster deals this holiday season. Retailers are looking to capitalize; eMarketer expects holiday spending to top $1 trillion for the first time ever, an increase of 5.8% over the prior year.

Therefore, it's logical for investors to look at the retail industry. With that in mind, we asked three Motley Fool contributors which companies are on their shopping lists. Read on to find out why lululemon athletica (NASDAQ:LULU), Macy's (NYSE:M), and Target (NYSE:TGT) made the grade. 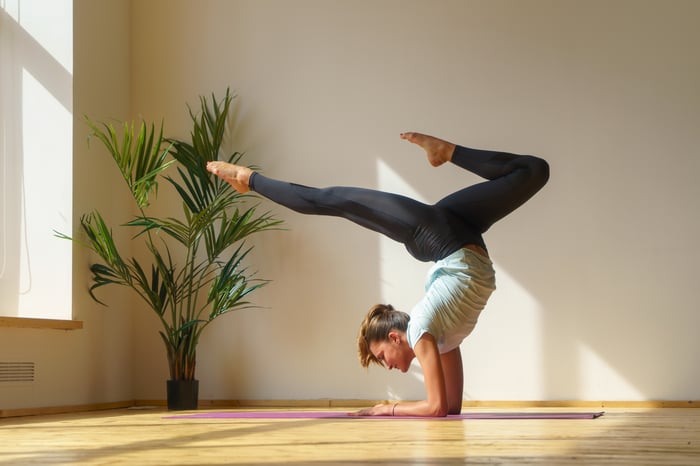 Demitri Kalogeropoulos (Lululemon Athletica): It had roughly doubled at one point this year, but Lululemon Athletica's stock has cooled off significantly since market volatility started surging in October. I think that sets up a solid opportunity for investors who've watched its rally from on the sidelines so far.

The yoga-inspired sports apparel specialist couldn't ask for better momentum heading into the holiday shopping season. Sales have blown past management's targets in each of the last three quarters, including its latest 25% revenue spike. Profit margins are improving, too, thanks to help from a few hit product releases. And in contrast to its peers, Lululemon's spiking e-commerce sales are lifting profitability even as it invests in building out that channel. Operating margin jumped higher by 7 percentage points last quarter to just under 19% of sales.

These metrics all suggest the retailer will enjoy healthy demand over the holidays, but the real reason to be excited about this stock is its long-term potential, which includes major new avenues for growth such as international sales and wider demographics. The company's goal of $4 billion of annual sales by 2020 is looking more achievable with each passing quarter, but it could mark just the start of a long growth story for Lululemon.

Leo Sun (Macy's): Macy's was in bad shape last year, as it struggled with a streak of comparable-store sales declines, sluggish brick-and-mortar traffic, and competition from e-tailers. But over the past few quarters, it has pulled off an impressive turnaround by shuttering its weaker stores, selling and leasing back its real estate, expanding its Backstage off-price chain and Bluemercury beauty stores, and expanding its e-commerce and loyalty platforms.

Macy's then broke its streak of comps declines with four straight quarters of positive comps growth. Last quarter, its comps rose 3.1% on an owned basis and 3.3% on an owned-plus basis, and its gross margin expanded 50 basis points annually to 39.9%. Those positive numbers all indicate that Macy's hasn't fallen into the trap of using markdowns to drive its sales growth.

Looking ahead, Macy's expects its online sales to top $1 billion this year and account for about 4% of its top line. Backstage and Bluemercury's growth could offset Macy's and Bloomingdale's slower growth, and shrinking its underperforming stores and opening smaller-format "neighborhood" stores could boost its productivity.

Macy's expects its revenue growth to stay roughly flat this year but its earnings to grow 9% to 14%. That's a solid growth rate for a stock that trades at about 8 times this year's earnings. Macy's also pays a hefty forward dividend yield of 4.1%, and it's raised that payout annually for seven straight years. That low valuation and high yield make the stock a compelling buy.

Jamal Carnette, CFA (Target): Last year, I predicted Target would have a strong 2018, and until this week, the stock had posted a 30% year-to-date gain. That all came crashing down after a poorly received earnings call dragged the stock down to a year-to-date gain of approximately 6%. However, the quarter wasn't as bad as perceived, as Target beat analyst estimates on the top line by posting 5.6% growth over last year's quarter, but it came up slightly light on EPS ($1.09 adjusted vs. $1.12 expected) and the heavily watched same-store sales metric (5.1% vs. 5.2% expected). Shares cratered more than 10% over the prior day's close.

There appear to be two reasons for the harsh response. The first is concerns about margin erosion, as gross margin decreased one basis point over the prior year. CEO Brian Cornell explained this was due to increased shipping costs from its rapidly growing (49%) digital sales channel.

The second is heightened expectations. In August, Cornell called the consumer environment "perhaps the strongest I've seen in my career." Against that backdrop, any missed growth figures will be harshly scrutinized.

Cornell appears to be doubling down on the strong consumer environment (and threats of tariffs) by increasing inventories 18% for the holiday season. While I'm concerned Cornell's outlook conflicts with economic data -- which shows a moderating, postpeak growth environment -- the company's irrational sell-off should provide for upside with even moderate execution.