The shopping weekend will generate big ad dollars for Google, Facebook, and Amazon.

U.S. retailers could spend nearly $6 billion on digital ads over the four days between Black Friday and Cyber Monday this year, according to Nanigans. The advertising software provider recently surveyed 100 senior digital advertising executives, and found that most of their brands' ad dollars would go to three companies: Alphabet's (GOOG -3.00%) (GOOGL -2.87%) Google, Facebook (META -3.00%), and Amazon (AMZN -3.04%). 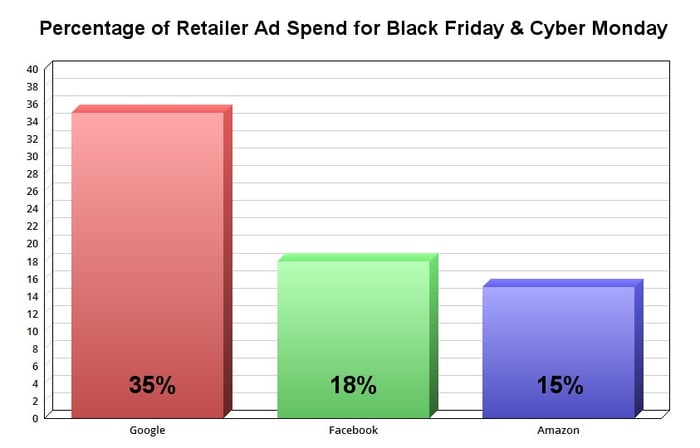 Google and Facebook's lead isn't surprising, but Amazon's growth is. Amazon sells ads across its website and hardware devices. Buying ads on Amazon appeals to companies because customers are already visiting the site to buy products. Most U.S. shoppers also believe that Amazon offers the best deals on Black Friday, according to BlackFriday.com.

Amazon is also a less controversial ad platform than Google and Facebook, which rely heavily on personal data to craft targeted ads. CNBC recently reported that some companies were shifting 50% to 60% of their ad budgets reserved for Google to Amazon. eMarketer also recently predicted that Amazon would generate $4.6 billion in ad revenue in the U.S. this year and claim 4.1% of the market.

In a nutshell, Google and Facebook's duopoly remains strong, but Amazon is catching up.