This merger is a no-go.

Shares of computer headset and desk phone maker Plantronics (POLY 0.03%) are face-planting today -- down 8% as of 1:25 p.m. EST on news that the company will not in fact be selling itself to Logitech (LOGI 4.48%).

In twin statements this morning, Logitech informed investors that "it was engaged in discussions with Plantronics regarding a potential transaction. However, those discussions were terminated."

Logitech says it "does not intend to comment further." However, Plantronics did, issuing its own press release confirming that "the Company is no longer engaged in discussions with Logitech International S.A. ... regarding a potential combination" and adding that this whole merger idea was Logitech's in the first place: "Logitech approached Plantronics regarding a potential acquisition and, consistent with the Plantronics Board's fiduciary duties, the Company entered into discussions with Logitech. Those discussions have ended." 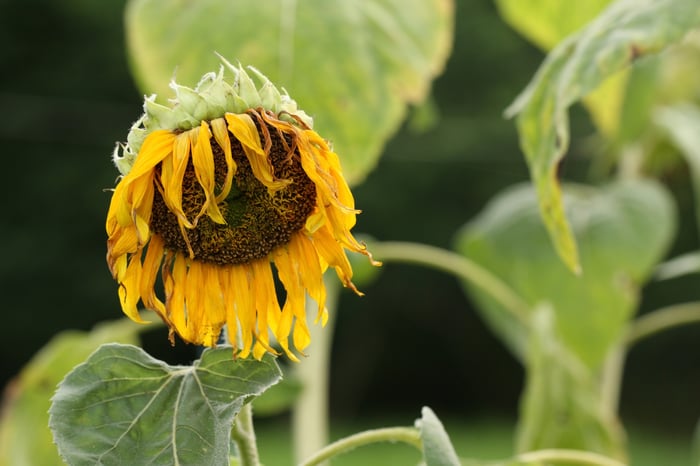 Without a merger in its future, this "Plant" is wilting. Image source: Getty Images.

Investors, perhaps hoping they'd be treated to a big premium to market price when Logitech bought out Plantronics, are now feeling sad and disappointed and selling out of Plantronics stock. Plantronics management argues that this is a mistake because Plantronics is "the market leader in Unified Communications with the most comprehensive portfolio of communications and collaborations endpoints, our prospects are outstanding."

On the other hand, Plantronics is also a company with no GAAP profits and a big debt load. Granted, these are both consequences of the company's recent purchase of Polycom, as Plantronics management made clear in its recent earnings call. Still, with an enterprise value equal to 26 times trailing free cash flow, I can't say as I really blame investors for being unenthused now that the prospect of a buyout has been removed.