GM unveiled a major restructuring plan, and investors liked what they saw.

Shares of General Motors ( GM 0.33% ) moved sharply higher on Monday, after GM announced a sweeping restructuring of its North American operations in a bid to boost its free cash flow. 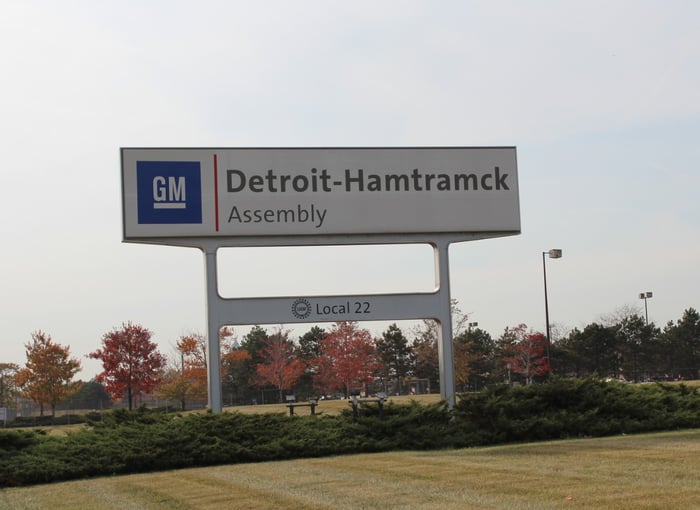 GM's Detroit-Hamtramck assembly plant builds the Chevrolet Volt and several other sedan models. It's one of 5 GM factories in North America that will be idled by the end of 2019, GM said on Monday. Image source: General Motors.

Here are the key points of GM's overhaul plan:

GM expects that the restructuring will cost about $2 billion in cash (mostly for severance payments), while yielding savings of about $6 billion a year by the end of 2020.

CEO Mary Barra said that GM will continue to maintain its internal-combustion truck, SUV, and crossover models, but that it will now prioritize investments in its upcoming range of electric vehicles.

GM has promised to share more details about the plan and its likely effects at its annual investor briefing in January.