A growing number of jurisdictions are passing pro-pot laws and cannabis companies in maturing markets are innovating new products. That's driving demand across the industry, including at KushCo Holdings (KSHB), a marijuana supply company.

Unlike major pot producers like Aurora Cannabis and Tilray, which make their money by cultivating, distributing, and retailing marijuana products, KushCo sells packaging to growers and dispensaries that meets each jurisdiction's regulatory requirements. KushCo unveiled its full-year fiscal results for the period ending in August this week, and they showed rising marijuana demand and acquisitions translated into a significant increase in sales during the past year. 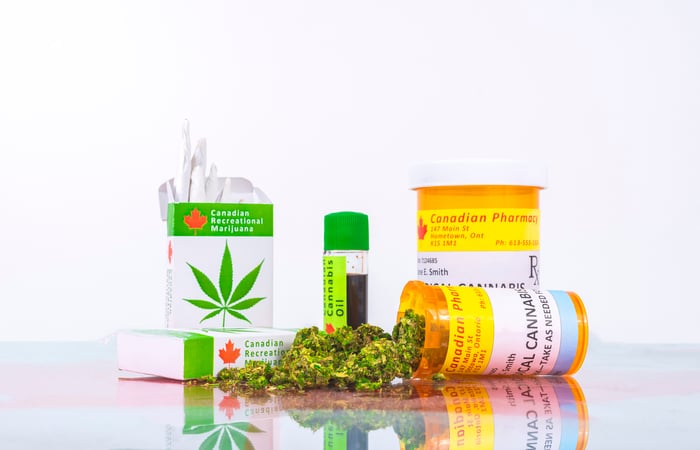 What happened with KushCo?

KushCo's full-year fiscal 2018 results show it's making significant progress driving organic sales of its marijuana supplies while also expanding via acquisitions. In the past year, the company:

However, KushCo's top-line progress was more than offset by rising costs associated with building out its infrastructure -- something the company believes should be a temporary headwind. In fiscal 2018, the company's selling, general, and administrative expenses skyrocketed to $25 million from $5.9 million in 2017.

Chairman and Chief Executive Officer Nick Kovacevich took an unsurprisingly optimistic tone about the company's recent performance, stating, "We are exceptionally pleased with the financial results we achieved during the fiscal year with revenues of $52.1 million, representing 177% growth compared to approximately $18.8 million in fiscal 2017."

Our strong revenue growth was the result of dramatic growth in our most critical markets, with growing customer numbers, an increasingly diversified offering and expanded facility capabilities. Our growth was further supported by an expanded global presence with recently opened offices in Canada and China. While we are disappointed with the impact our dramatic growth has had on margins, we believe they are short-term consequences and we're pleased to have already implemented several initiatives to improve margins on a go-forward basis.

KushCo's forming of an advisory group suggests acquisitions in the future that could further bolster its product lineup, but in the near term, the company is enjoying a growing addressable target market. Canada's recreational market opening in October was met by stronger-than-expected demand that's created shortages, implying additional demand for packaging as shelves are restocked. Furthermore, Massachusett's first two marijuana dispensaries have opened to reports of long lines, suggesting the company's Worcester warehouse will be busy next year. Because packaging regulations make it important for marijuana producers and dispensaries to work with trusted suppliers, KushCo's biggest challenge may be decreasing its costs so that it can translate its top-line growth into profit.