The Swedish music streamer is about to enter the second-most-populous country on Earth.

Continuing its strategy of tapping emerging markets for user growth, Spotify (SPOT 0.93%) is now ready to enter the second-most-populous country on Earth: India. The U.S. market is approaching saturation, and Apple was able to overtake the Swedish company there over the summer. Spotify has enjoyed robust growth in emerging markets such as Latin America, where it now has 42 million monthly active users (MAUs).

Spotify added 13 new markets in the Middle East and North Africa earlier this month, bringing its total country availability to 78 markets. Considering the sheer size of its population -- over 1.3 billion people -- India will represent a major expansion. 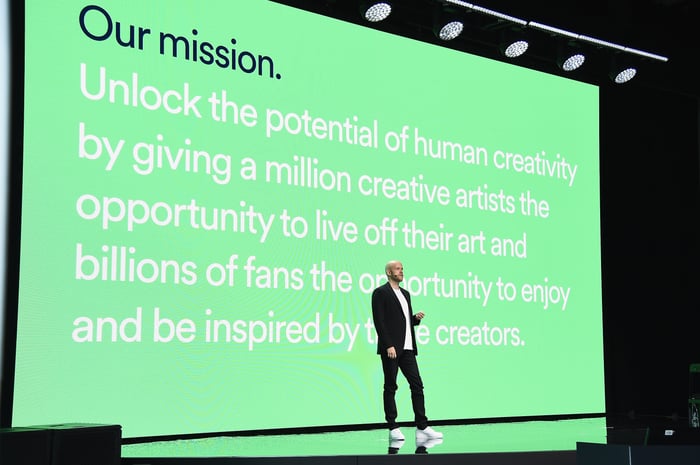 Variety reports that Spotify is planning on launching in India within the next six months, when it will offer an extended free trial to attract users. That trial is expected to be longer than the standard 30-day trial that Spotify normally offers, according to Variety. The company was also reportedly looking to buy a local music-streaming service as a way to enter the market, but has instead decided to simply expand organically.

The news comes as little surprise, as Spotify's prospectus confirmed earlier this year that the company had leased office space in Mumbai and had employees in the country. More broadly, Spotify is planning on accelerating its hiring, attributing an improvement in operating margin last quarter to an unintended slowdown in hiring that it vowed to rectify.

Bloomberg adds that Spotify has now scored most of the necessary rights to launch in India. That's significant because the company had previously been at an impasse, as some rights holders didn't take too kindly to Spotify inking direct licensing deals with artists, a move that undermines their place in the value chain. CEO Daniel Ek has repeatedly insisted that Spotify's goal is not to replace traditional record labels. At the same time, direct deals are the most visible path to incrementally reducing its substantial royalty burden.

Ek briefly discussed launching in India on the earnings call earlier this month:

India specifically is a very fragmented marketplace, with lots of different local labels, lots of different local publishers. Whenever we deal with licensing situations, it's very hard for us to predict accurate timelines on the basis of multiple partnerships -- just the sheer scale of number of partnerships makes it very hard to predict that, but there's nothing that we see that prevents us from launching in India.

It sounds like the company has made considerable progress with the negotiations since then, paving the way for an Indian launch that could supercharge user growth in its rest of world segment.