Stocks were mixed on Tuesday, with investors remaining concerned about trade issues as the U.S. heads into talks with China later this week. Major benchmarks like the Dow Jones Industrial Average (DJINDICES:^DJI) and the S&P 500 (SNPINDEX:^GSPC) closed with gains, but declining issues outnumbered advancing ones.

As for individual stocks, United Technologies (NYSE:RTX) completed its merger with Rockwell Collins and announced it is splitting up, and Bristol-Myers Squibb (NYSE:BMY) reported a drug trial failure. 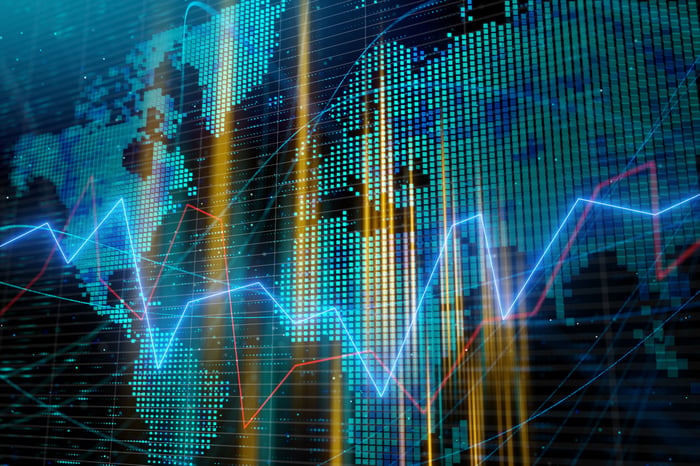 United Technologies is breaking up

Industrial conglomerate United Technologies announced the completion of its acquisition of Rockwell Collins and its intention to split into three independent companies. The news was widely anticipated, but shares fell 4.1% anyway.

Emerging from the breakup will be United Technologies, a pure-play aerospace and defense company comprised of Collins Aerospace Systems and Pratt & Whitney. The other two independent companies will be Otis, manufacturer of elevators and escalators, and Carrier, maker of climate control, refrigeration, fire, security, and building automation systems. The separation is expected to complete in 2020, and the spin-offs are expected to collectively pay dividends no less than what United pays today.

Investors have been looking forward to the breakup, hoping that it will unlock value in the individual businesses. However, United also lowered earnings guidance for the full year to $7.10-$7.20, below the analyst consensus of $7.29, and that could be the reason the stock moved down.

Shares of Bristol-Myers Squibb fell 3% after the company announced the failure of a lung cancer drug trial. The trial of a combination of Bristol's immunotherapy drugs Opdivo and Yervoy in patients with extensive-stage small cell lung cancer (SCLC) who have undergone chemotherapy already didn't show an improvement in the rate of overall survival.

The drug combination has been successful with other types of cancer, but the failure announced today is a another setback in Bristol's attempts to establish a strong position in lung cancer. In August, the FDA granted accelerated approval of Opdivo for SCLC, contingent on confirmation by further trials. Then, Bristol announced in October the failure of a trial of Opdivo alone in patients with SCLC with prior chemotherapy. The second failure in as many months casts doubt on whether Bristol will be able to hold off the competition in lung cancer treatments.