After management announced its intention to raise capital through a common stock offering, shares of Acadia Pharmaceuticals (ACAD 1.99%), a commercial-stage biopharma focused on diseases of the central nervous system, fell 12% as of 3:07 p.m. EST on Tuesday.

Acadia announced its intention to raise up to $230 million through a secondary offering.

That news isn't sitting well with investors because the company's share price has been falling all year. Acadia started 2018 with its share price trading for more than $30. The stock closed yesterday's trading session at less than $20. The declining share price means that investors are going to have to endure more dilution than they would have if management had chosen to raise capital earlier in the year. 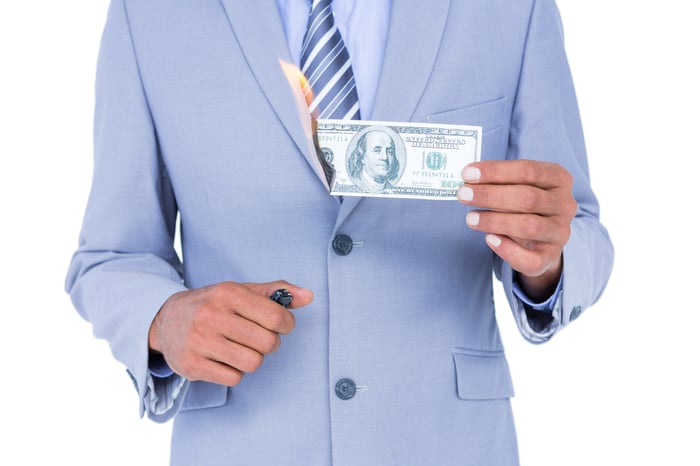 On the plus side, Acadia's stock has rebounded from its 52-week lows after some favorable commentary was released by the FDA, so the timing of this capital raise could have been worse.

Earlier in November, Acadia told investors that it planned on ending the year with at least $160 million in cash on its books, so the company isn't in dire need of a cash injection just yet. However, given that the company's net loss in 2018 is probably going to be more than $230 million, it is understandable why management wants to act now.

For investors, the commentary from the FDA should help the company to recover from a debacle that surfaced earlier this year after a CNN report highlighted hundreds of patient deaths that could have been related to the use of Nuplazid. Now the company can remain squarely focused on what's important: ramping up sales of Nuplazid as quickly as possible and working to expand the drug's labeling. If it can execute on those two fronts, the share price will take care of itself.