A notable asset management firm's interest in this pie has just gone flat.

Shares of pizza delivery chain Papa John's (PZZA 3.69%) suffered a steep sell-off Tuesday, closing the day down 10.2%. (And that's the good news. The bad news is that you just know some folks sold at the intra-day bottom, when the stock was down 15.7%.)

The reason: According to a Wall Street Journal  report, private equity firm Trian Fund Management LP, which had been considering a bid for Papa John's, "has decided not to pursue it." 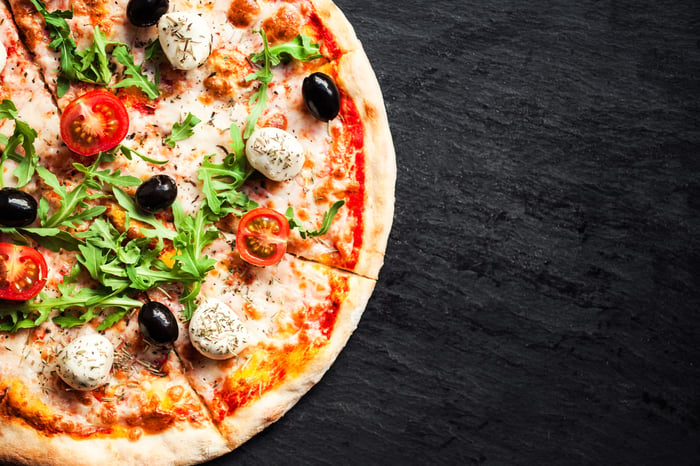 Papa John's has been trying to sell itself since at least October. (The Journal article says the process actually got under way back in August.) Problem is, explains the paper, aside from Trian, no one else really wanted to buy the chain entire, but only bits and pieces of it.

Thus, Trian's exit from the bidding process would appear to reduce the potential for a quick, clean sale that might allow Papa John's shareholders to recover some of their losses. At the very least, it means there will be one fewer potential buyers bidding up the price before whatever portions of Papa John's ultimately do get sold, get sold. This limits the upside on the stock.

With the stock down nearly 25% from its January highs, investors might be tempted to take advantage of Tuesday's sell-off to snap up some cheap shares. The problem with that, however, is that Papa John's shares don't really look particularly undervalued.

The stock still trades at nearly 40 times earnings, and with sales declining in the most recent quarter, analysts expect earnings to fall more than 40% overall this year, before climbing back by less than 3% in 2019. Over the next five years, the consensus estimate is that annualized profit growth at Papa John's will be just 4%.

Suffice it to say that 40 times earnings is an awful lot to pay for a company with such dismal growth prospects. If Trian doesn't want to buy Papa John's stock, maybe you shouldn't either.