With markets taking a breather over the past two months, investors should take a second glance at these three high-growth stocks.

The allure of high-growth stocks is strong for many reasons. Often times, high-growth stocks are expanding rapidly, producing impressive financial results, solving critical problems, or on the verge of disrupting an industry. When companies offer investors a compelling growth story, they often trade at premium valuations, and with the markets swooning over the past two months, now is a great time for investors to look for high-growth stocks. Our Fool.com contributors have picked out three intriguing options for investors to consider: First Republic Bank (FRC -1.95%), NIO, Inc. (NIO -2.33%), and JD.com (JD -3.18%).

Bank on the rich

It's succeeding by siphoning the best customers in the wealthiest markets in the United States. Consider that at the end of the third quarter, its consumer accounts had an average balance of $96,000, multiples of the banking industry average. By focusing on wealthy customers, First Republic can provide higher levels of service because every customer is simply more valuable to its bottom line. 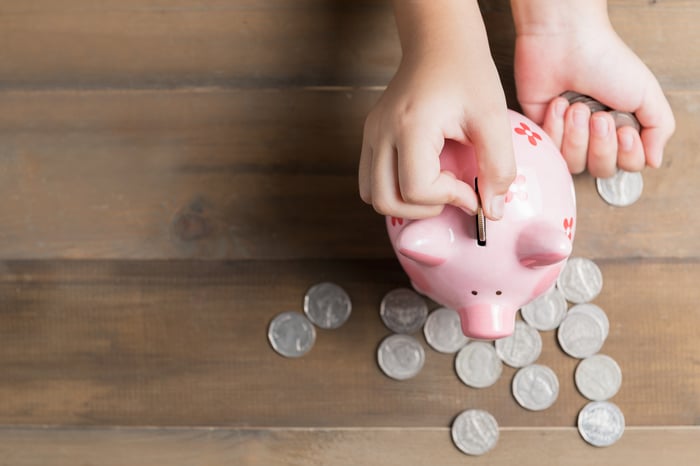 First Republic plays it close to the chest with its loan book, too. It primarily lends against real estate, with a trivial amount of higher-risk construction loans and unsecured loans on its balance sheet. High-quality loans to high-quality borrowers have enabled it to report virtually nothing in net charge-offs in the last five years. Even at the peak of the financial crisis, in 2009, First Republic had net charge-offs of just 0.48% of loans.

Shares trade at a relatively high multiple of about 20 times what the bank could reasonably earn in 2018, though I see a long runway for double-digit earnings growth driven by its ability to gather deposits by stealing the best customers who are lost in the megabank shuffle.

Daniel Miller (NIO, Inc.): If you're looking for high-growth stocks that could soar, investors will need to find a company with a compelling product that solves a serious problem. NIO, a leader in China's premium electric vehicle manufacturing market, absolutely checks those boxes. The company has compelling EVs, a strong brand image, and offers a weapon with which to fight China's massive pollution problems.

If you haven't heard of NIO, that's likely because it only just recently released its first quarterly result as a public company -- it completed its initial public offering in the U.S. on September 12, 2018. The company has received a handful of major supporters, including Baillie Gifford & Co, which disclosed an 11% stake in the company. And even notorious short-selling research company Citron published a positive report that said there appears to be little resistance on its way to $12 -- currently NIO trades at roughly $8 per share -- due to compelling products and visionary management.

Let's go back to the company's compelling solution. One of the Chinese government's top priorities is to solve its massive pollution problem. There were 770,000 electric vehicles sold in China during 2017, and the government is targeting as many as 7 million as soon as 2025. To help meet that goal, the government has made it incredibly difficult to purchase a combustion engine vehicle, implementing a lottery system, and also requiring a hefty price for a combustion engine driver's license that can reach roughly $14,000. Meanwhile, driver's licenses for EVs are open to anyone and free to obtain.

Beyond its premium EVs, NIO has a more powerful brand image than many U.S. investors realize. Its vehicle dealerships are called NIO Houses, and along with cars, they provide consumers a lounge, living room areas, library, and even an open kitchen, making them more like socializing spaces that are attracting a new generation of Chinese consumers. Heck, the dealerships even have a high-end clothing line. For investors on the prowl for high-growth stocks, NIO appears incredibly well positioned for growth in China as it battles its pollution problems over the coming decades.

Jeremy Bowman (JD.com): If you're looking for high growth stocks, there are plenty of reasons to take a closer look at JD.com. The No. 2 Chinese e-commerce operator not only possesses a strong track record of growth, it also has a number of opportunities ahead that should allow that momentum to continue.

In the second quarter, JD saw revenue increase 31.2% to $18.5 billion, with higher-margin service revenues jumping 51% to $1.8 billion, and operating margin at its direct-selling platform JD Mall rise from 0.8% to 1.1%. However, investors have been spooked by weak earnings growth as adjusted per-share profits actually fell by 50% to $0.05 a share in its most recent quarter as the company is making aggressive investments in new warehouses and logistics capabilities.

Over the past year, the company added 186 warehouses, or more than one every two days, bringing its grand total to 521, an expansion that mirrors that of Amazon a few years ago, before that company's stock exploded as profits ramped up.

Now also looks like a great time to buy JD shares as the stock is selling at a discount, down 44% so far this year due to a string of profit misses and a sell-off following an overnight arrest of CEO Richard Liu on rape allegations in Minnesota, though he was released the next day and the issue seems to have blown over.

Factor in partnerships with Walmart and Google, expected international expansion, and the strong growth rate of Chinese e-commerce as the economy expands rapidly and more Chinese come online, and there are more than a few reasons JD stock could soar over the coming years.