Investors had a few big worries coming into Tiffany's (TIF) third-quarter earnings report, particularly around the potential for slowing growth and spiking expenses. Unfortunately, while the luxury jewelry retailer affirmed its broader outlook for the fiscal year on Wednesday, it didn't put either of these important concerns to rest in its latest results.

More on Tiffany's operating challenges in a moment. First, here's how the retailer's headline results stacked up against the prior year:

Sales rose in each of the company's core geographies, but there was a noticeable slowdown in key areas like China, Japan, and the United States. On the bright side, pricing held up and input costs dipped. However, those gains were more than offset by soaring expenses. 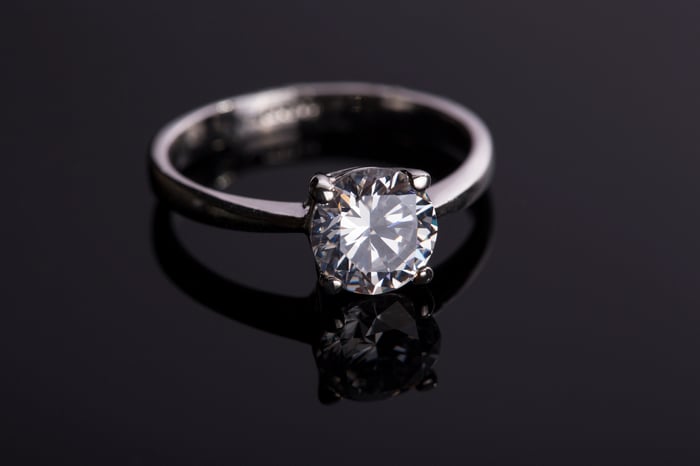 Executives highlighted the company's broad-based growth but said global demand was surprisingly weak due to soft tourism sales. "It is worth noting that our sales attributed to local customers continued to grow at a strong rate worldwide and were positive in every region," CEO Alessandro Bogliolo said in a press release.

"This resulted in mid-single-digit net sales growth in the quarter," he continued, "despite lower-than-expected spending attributed to Chinese tourists in the U.S. and Hong Kong and lower wholesale travel-retail sales in Korea."

Tiffany affirmed full-year sales growth guidance that calls for revenue to rise in the high single digits. It also left its earnings targets unchanged at between $4.65 per share and $4.80 per share. The retailer had entered the year expecting more modest profits of between $4.50 and $4.70 per share. Cash flow in 2018 is still expected to reach $600 million and be pressured by the aggressive spending initiatives.

The good news is that those broader sales and profit trends are consistent with management's rebound targets and reflect steady progress on pricing, branding, and demand building. Still, the latest results show that the quick growth acceleration investors were hoping for might not materialize. That means the stock will likely underperform for the time being, until Tiffany can show that its profitability and sales trends are stabilizing.