Marketing exec Greg Joswiak says the iPhone XR has been the "most popular iPhone" since launching last month.

The dust hasn't even settled on Apple's ( AAPL -1.17% ) controversial decision to stop disclosing unit sales for iPhone, iPad, and Mac -- it was announced less than a month ago -- and the company is already seeming to contradict itself regarding the importance of unit sales. There's been all sorts of drama around the iPhone XR, which launched in late October. The more affordable 2018 model had initially garnered high expectations from analysts, but supply chain reports suggest demand hasn't been all that hot, which has rattled investors and contributed to a monthlong sell-off of Apple shares. 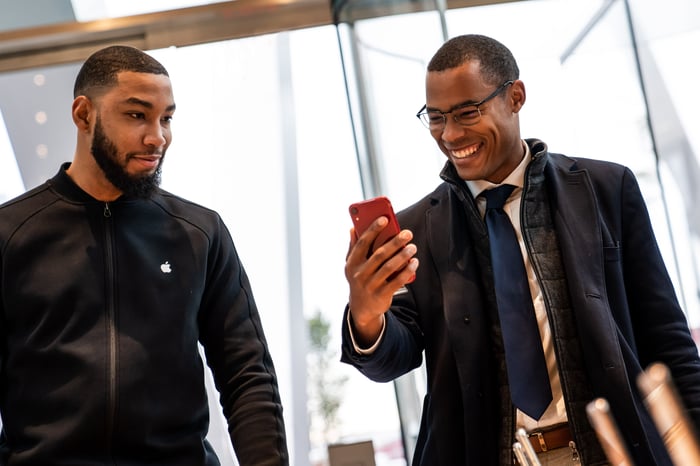 The "most popular iPhone each and every day"

In an interview with CNET, Apple marketing exec Greg Joswiak said that the iPhone XR has "been our most popular iPhone each and every day since the day it became available." While the company has never provided detailed disclosures around product mix, vague qualitative indications aren't uncommon. For example, CEO Tim Cook noted numerous times throughout the last product cycle that the iPhone X was the most popular model every week since launch.

Joswiak's comments seem to be in direct response to investor concerns around iPhone XR demand, which undermines the rationale that Apple used when it said it will no longer report unit volumes going forward. You may recall that CFO Luca Maestri had said that "a unit of sale is less relevant for us today than it was in the past." But if iPhone unit sales aren't that important, why is Apple making an effort to respond to concerns around unit sales? If the company really wanted to defend the justification for the reporting change, it should have stayed quiet and that silence would have reinforced the argument that unit sales don't matter as much anymore.

A caveat worth acknowledging: Maestri added that "when we believe that providing qualitative commentary on unit sales offers additional relevant information to investors, we will do so." Joswiak's comments could arguably fall into this bucket.

The real irony of the situation is that while investors have always given too much credence to supply chain rumors, the market may actually start putting more weight into such reports, lacking any official figures from Apple. There have been times when concerns around unit volumes have proven to be unfounded once Apple reports strong unit sales, but the company is precluding that from here on out. Investors will just be left to fester in their fears.

Apple has been trying to shift investor focus away from unit volumes for years, albeit more subtly by highlighting its services business. The Mac maker has so far been unsuccessful in convincing investors not to pay so much attention to unit sales, but it could make progress changing the narrative over time.