Bigger isn't always better, but in the case of wireless, it certainly is.

Telecommunications companies may be some of the most essential to most people's everyday lives, keeping us connected to the world, but that doesn't mean they've been great stocks. AT&T (T -2.12%) and Sprint (S) in particular have wildly underperformed the market, and the industry as a whole has been a laggard.

But there's still value to be had in telecommunications. Companies can generate consistent cash flow, and there may be growth ahead as 5G networks roll out. Here's why there's only one stock I would buy between two of the biggest telecommunications companies: AT&T and Sprint. 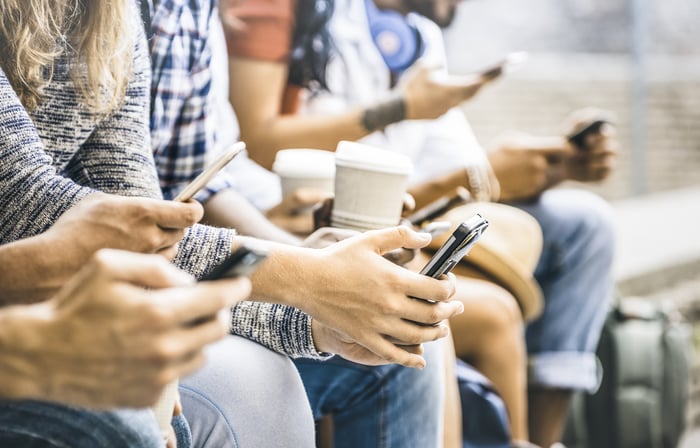 Scale is a huge advantage for any telecommunications company, but it's especially crucial in the wireless industry. More towers mean better wireless performance, and a broader geographic reach will draw more customers. Invested capital isn't a perfect measure of how much bigger AT&T's network is than Sprint's, but it's a proxy to show how much bigger scale the company has overall. 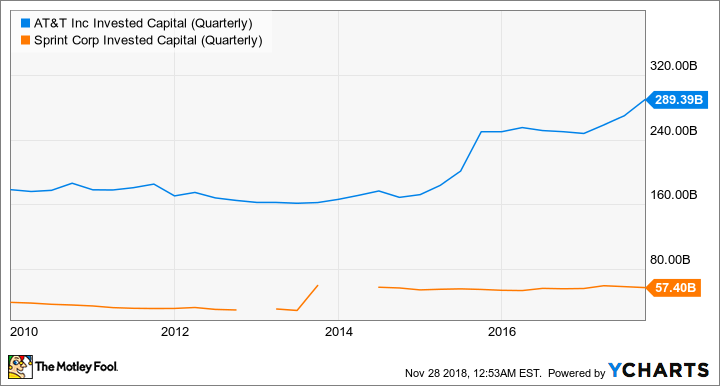 Simply having assets is great, but it doesn't make a business great. Turning those assets into profits is what is crucial, and here again, AT&T has a long history of generating better returns on assets than Sprint. 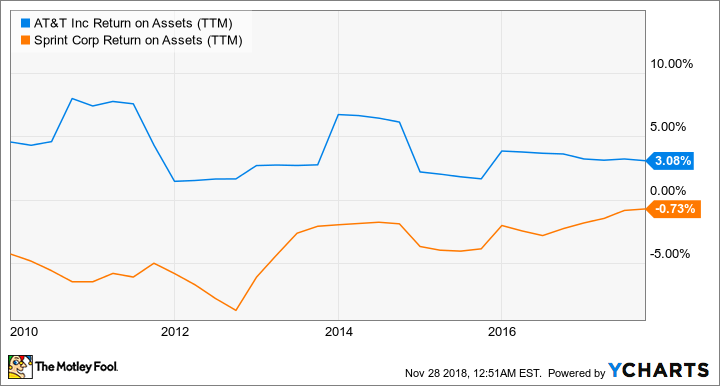 More assets and a better return on assets make AT&T a clear winner from a financial perspective. But the company is far from perfect as an investment.

As strong as AT&T is in today's wireless industry, it's desperately trying to adapt to the next generation of content delivery. It recently acquired Time Warner in an effort to get into the content ownership business and eventually deliver content directly to consumers, owning the entire value chain. But the recent glitches in the Tiger Woods vs. Phil Mickelson match showed the company is far behind Netflix, Hulu, and Amazon when it comes to streaming content. And outside of HBO, there aren't a lot of data points to show that the Time Warner assets will scale in digital streaming.

DirecTV is another company AT&T acquired that seems to be lost in no-man's-land from a strategic perspective. The company used to be a great option for bypassing cable, but with streaming and 5G connections, AT&T will likely make satellite TV obsolete. We've seen DirecTV move toward a streaming model as well, but the legacy business may soon be obsolete.

What AT&T needs to do is get a head start on smaller rivals like Sprint and T-Mobile in 5G. If it can do that, it'll hold a lead in next-generation networks for the time being.

Between these two, Sprint is still stuck as a second-tier wireless company. And that's just not a position I would invest in today, making AT&T the better stock. Plus, the stock comes with a lofty 6.5% dividend yield, which is a great payout for investors betting the company gets its 5G and media strategy right long term.

There's a lot that could go wrong with AT&T's collection of media assets, but in the meantime, the dividend should be like a safety net to cushion any fall investors experience in the stock.