Shares of Hertz Global Holdings (NYSE:HTZ), a vehicle rental company with the Hertz, Dollar, Thrifty, and Firefly brands, were down 10.7% as of 3:50 p.m. on Thursday after buyout rumors were shut down and optimism from the prior trading day fizzled.

Hertz shares gave up Wednesday's gains and then some on Thursday when Sixt, a vehicle-rental company in Germany looking to expand in North America, stated that media reports and speculation about its interest in buying Hertz were completely baseless. Hertz investors had pushed the stock 7% higher on Wednesday, a three-month high that capped off a nice 38% run over the past month. Despite the stock's gains over the past month, the battered stock has lost 70% of its value over the past three years. 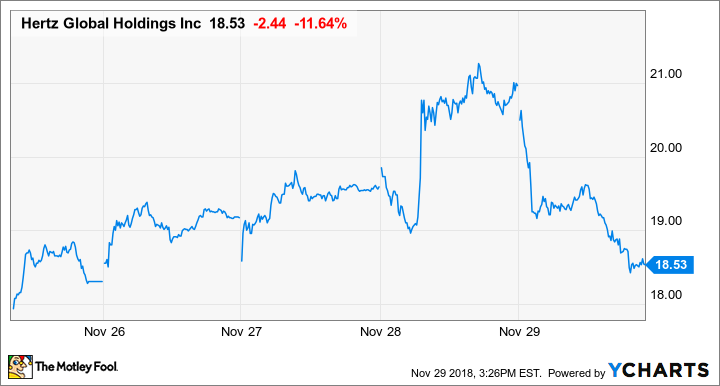 While the optimism surrounding a potential buyout has fizzled and Hertz has given up Wednesday's gains, investors can at least look back to its second- and third-quarter results for hope that the company's business is consistently improving. 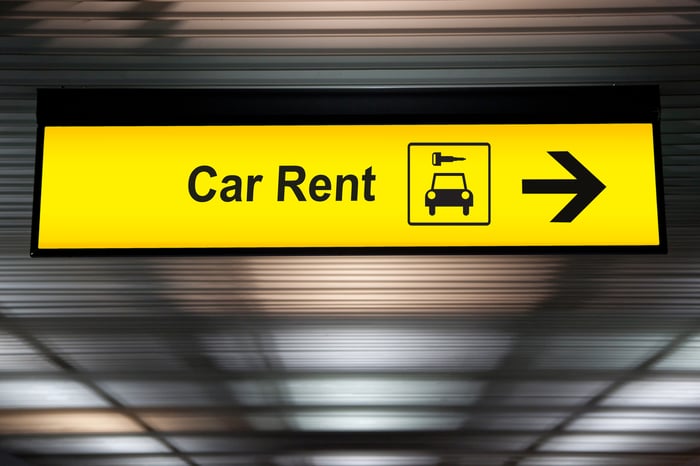 Its second quarter topped analysts' estimates on the top and bottom lines, and its stock price responded with a 25% jump. During the third quarter, total revenue moved 7% higher and its net income attributable to Hertz Global improved 52%. While the company still faces uncertainty in the used-car market, as well as possible competition from ridesharing services, its turnaround initiatives to improve operations and focus on a higher quality revenue mix have gained some traction. For investors, that should be more important than a buyout rumor.