With shares up around 5% in after-hours trading as of this writing, let's dig deeper to better understand how Splunk started the second half, as well as what investors should be watching going forward. 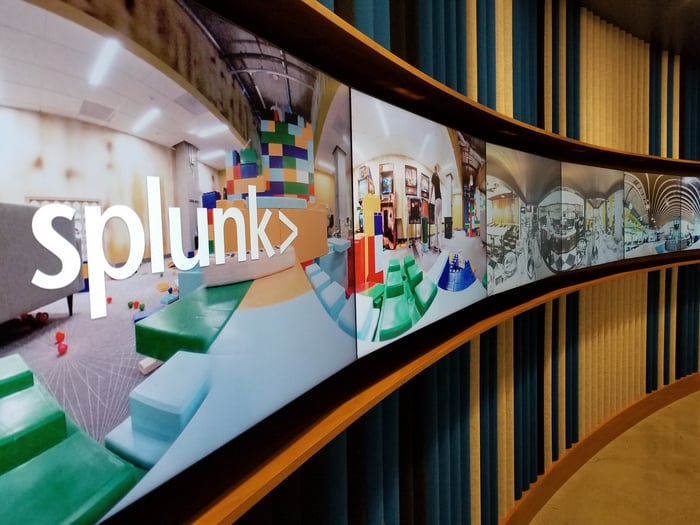 The strength of our results is a testament to Splunk's pioneering innovation and the rising demand for data-driven insights across all industries. At .conf18, we announced the largest wave of product innovation in our history, unveiled Splunk Next -- our vision to take Splunk beyond IT and security at scale, and released our first Internet of Things product, Splunk for Industrial IoT. Customer feedback is overwhelmingly positive, and Splunk is positioned to continue to lead through this data revolution.

After so many years with the company, I'm proud of everything we've accomplished including transforming our business model to one that is primarily renewable on our way to delivering more than $2 billion in revenue. Splunk has never been better positioned for success, and I'm looking forward to continuing our execution over the next year.

For the current fourth quarter of fiscal 2019, Splunk expects revenue of roughly $560 million -- good for growth of 33.4% and slightly above the $557 million most investors were anticipating -- with adjusted operating margin expanding to between 25% and 26%. As such, Splunk increased its full fiscal-year 2019 outlook to call for revenue of roughly $1.74 billion, up from its prior guidance for $1.685 billion.

Finally, Splunk followed by raising its guidance for fiscal 2020 revenue to climb to approximately $2.15 billion, marking an increase of roughly $150 million from its previous target.

In the end, while it remains to be seen how the market will react tomorrow to Splunk's latest beat and raise, this was a report with which any investor should be more than pleased. As Splunk rapidly grows the number of enterprise customers and use cases revolving around its continuously expanding portfolio of products, the stock should ultimately respond in kind.

Editor's note: This article has been corrected to note this was Splunk's 27th straight quarter of beating its guidance.