Expiring promotions could cause subscriber churn to climb.

The subscriber decline will likely continue in the fourth quarter, according to an analysis by MoffettNathanson. The boutique research firm points out that linear TV subscribers are lapping the two-year promotions AT&T ran in the summer of 2016 for DirecTV. That may help improve revenue per user, but it's likely AT&T will see increased churn. 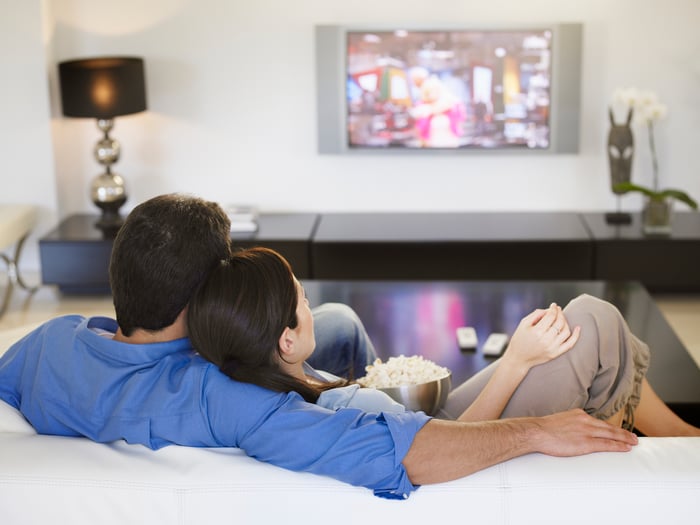 40% of customers on promotional pricing

MoffettNathanson estimates that by June of this year, 40% of AT&T's traditional video customer base was on a promotional pricing contract. That number includes customers who signed up for the special promotion in 2016 as well as normal introductory pricing for new customers from 2017 and beyond.

As customers come off promotional pricing, AT&T faces a big challenge to keep subscribers. It, notably, hasn't shown a strong ability to raise prices on customers in the recent past with its DirecTV Now service. DirecTV Now subscriber additions totaled just 49,000 in the third quarter after AT&T raised the price of the service by about $5 per month and reduced promotional activity. That's down from over 300,000 net additions in each of the previous three quarters, and 296,000 net additions in the same period last year.

During the company's third-quarter earnings call, management said it's only losing low-value customers -- customers hopping from promotion to promotion and taking advantage of new competition in the industry. The customers it's keeping are much higher value.

That's true, to some extent. MoffettNathanson expects profitability to improve after the promotional pricing falls off for most customers. But it's a double-edged sword; if too many customers leave, total profits will fall. That's why management has noted that it will accommodate certain customers in order to manage churn.

As that massive cohort comes off promotional pricing, it will surely put continued pressure on AT&T's net additions. Adding to the pressure is the increased competition since those customers signed up for a two-year contract.

The popularity of new over-the-top services like Alphabet's (GOOG -7.44%) (GOOGL -7.68%) YouTube TV or Hulu Live are noticeably having an impact on AT&T's DirecTV Now. Both services launched in the middle of last year and have quickly racked up hundreds of thousands of subscribers. Hulu Live has over 1 million subscribers, and YouTube TV has over 800,000.

Customers looking for value may opt for a virtual operator like YouTube TV when their promotional pricing expires. What's more, on-demand options continue to improve, and it's easier than ever for consumers to cut the cord and still find all of the video entertainment they need.

AT&T is struggling to find a balance between improving the profitability of its massive video customer base while fending off a growing amount of competition in video entertainment. It's a very difficult position, and it's going to put some pressure on the entertainment segment for a while, until AT&T either figures it out, or it naturally weeds out the lower-value customers who aren't willing to pay AT&T's asking price.

What's still unclear is whether AT&T will emerge any more profitable than it was before it started the heavy promotions for DirecTV and DirecTV Now.

3 Dividend-Paying Stocks to Buy in October
415%