Please ensure Javascript is enabled for purposes of website accessibility
Free Article Join Over 1 Million Premium Members And Get More In-Depth Stock Guidance and Research
By Travis Hoium - Nov 30, 2018 at 11:31AM

Another data breach has hit the hotel industry.

Shares of hotel giant Marriott International ( MAR -3.43% ) fell as much as 6.9% on Friday after a massive data breach was revealed. Shares were still down 5.5% at 12:10 p.m. EST and look to be holding at about that level.

Marriott said that since 2014, there has been unauthorized access to names, mailing addresses, phone numbers, email, passport numbers, and other information from hotels once owned by Starwood, which was acquired by Marriott in 2016. The breach could affect as many as 500 million people, although the exact number is still being determined. 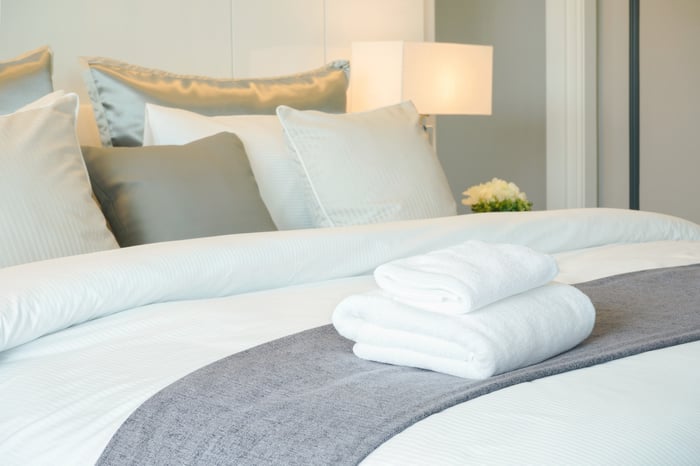 The data breach was only flagged in September, so the investigation is in its early stages and Marriott doesn't have an estimate of financial impact. But if previous incidents like this are any indication, it could result in customers booking at other hotels until the smoke blows over.

Unfortunately, breaches like this are something we see all too often at companies with consumer data, and it appears that Starwood has had a problem with security for many years. It's also likely there will be financial costs associated with lawsuits or remedies the company offers to customers. But long term, companies haven't had data breaches devastate their business, and this will likely blow over when enough time has passed.