Which Canadian marijuana stock is more likely to succeed?

While the biggest Canadian marijuana stocks receive the most attention, there are quite a few smaller alternatives for investors. Two that especially stand out are CannTrust Holdings (CNTTQ) and Auxly Cannabis Group (CBWTF 3.33%).

Neither of these two stocks has performed well so far in 2018, although at different points in the year, both CannTrust and Auxly enjoyed big gains. Which is the better marijuana stock for investors to consider now? 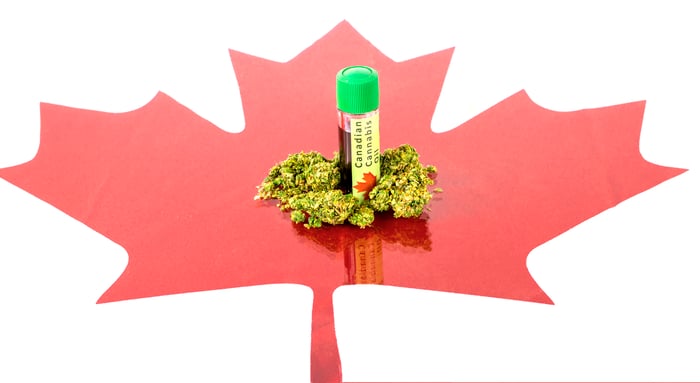 Everyone knows the opportunities in the global marijuana industry are tremendous. The key differentiating factor between marijuana businesses, though, is how well each one is equipped to take advantage of these opportunities. CannTrust Holdings checks off several important boxes on that count.

For one thing, the company claims ample production capacity. CannTrust is on track to grow more than 100,000 kilograms of cannabis per year once the final phase of its Niagara Perpetual Harvest Facility expansion is completed. This should place the company in the top 10 largest marijuana producers based on capacity.

CannTrust also has solid distribution channels for the cannabis that it produces. The company secured recreational marijuana supply agreements with 9 of Canada's 13 provinces and territories. CannTrust and Breakthru Beverage, the largest Canadian broker for premium alcoholic beverages, teamed up to market recreational marijuana products throughout the country.

The company's opportunity in the global medical marijuana market is even greater. CannTrust partnered with large generic drug maker Apotex to develop medical cannabis products for international markets. It's licensed to produce and sell medical marijuana in Australia. CannTrust's joint ventures and partnerships give it a foothold in other key markets as well, notably including Denmark and Germany.

Innovation might be the most important advantage for CannTrust over the long term. The company's genetic research of cannabis seeds holds the potential to significantly reduce growing costs. Its nanotechnology could improve how cannabinoids are infused into beverages and other products.

CannTrust shouldn't have too many problems generating the capital it needs to compete effectively. The company plans to soon list on the New York Stock Exchange (NYSE), becoming the fourth Canadian marijuana stock to do so. This move will make CannTrust's shares more accessible to the large pool of investors in the U.S.

CannTrust's opportunities in Canada and the rest of the world also apply to Auxly Cannabis Group. Unlike CannTrust, though, Auxly isn't only a marijuana producer. The company uses the royalty streaming business model, in which it provides capital to marijuana growers in exchange for a royalty stream from their future production.

Auxly has 16 upstream partners who grow cannabis. These deals give the company a fully funded annual production capacity of around 160,000 kilograms.

But there's a lot to like with Auxly's midstream (cannabis-derived products and related intellectual property) businesses as well. Dosecann and KGK Science represent two key midstream deals for Auxly. The former focuses on products based on cannabis extracts, while the latter is a leading contract research organization offering clinical trial services and regulatory consulting for the cannabis industry and other industries.

What about the downstream (sales and distribution) segment of the cannabis supply chain? Auxly has that area covered in several ways, including its partnership with Atlantic Cultivation to launch retail cannabis stores in Newfoundland and Labrador and its supply deal with and ownership stake in cannabis retailer Inner Spirit.

Auxly Cannabis Group has its sights set on international markets, too. The company made a strategic investment in ICC International Cannabis, which has a supply agreement with a European pharmaceutical distributor as well as an interest in industrial hemp licenses in Greece and medical cannabis licenses in Colombia, Lesotho, and Denmark. Auxly's acquisition of Uruguay-based Inverell gives it a solid presence in Latin America.

It's a tough call between CannTrust Holdings and Auxly Cannabis Group. Auxly's diversification is a big plus. But CannTrust's prospects look quite good. Rather than flip a coin to pick the winner, though, I'll give the nod to CannTrust for a couple of reasons.

First, the company is profitable while Auxly isn't. This makes a difference in how much cash must be raised through debt or by dilution-causing stock offerings. Second, I like that CannTrust is moving ahead with its NYSE listing. This could give the stock an added bump. While Auxly could also choose to list on a major U.S. exchange, it hasn't done so yet.

Uh-Oh! A New Study Links Vaping to Cancer in Mice
413%