Shares of the entertainment giant have underperformed in recent years, but that could change soon.

It's been a rough few years for Walt Disney Co (DIS -1.96%). The stock was one of the best-performing blue chips from the market bottom in the recession through 2015, but that surge screeched to a halt when CEO Bob Iger admitted that year that ESPN, the company's most important media property, was losing subscribers. The stock tumbled on that announcement, and shares have traded sideways ever since.

However, though the stock hasn't gone anywhere in more than three years, Disney appears to have woken up to the new realities of the media landscape. The company launched ESPN+ earlier this year, the first of three planned streaming networks, including Hulu, which it will gain majority control over once its acquisition of Fox closes. Next year will see the launch of Disney+, the company's entertainment-focused streaming network.

Building on that momentum, let's take a look at why the best is yet to come for Disney. 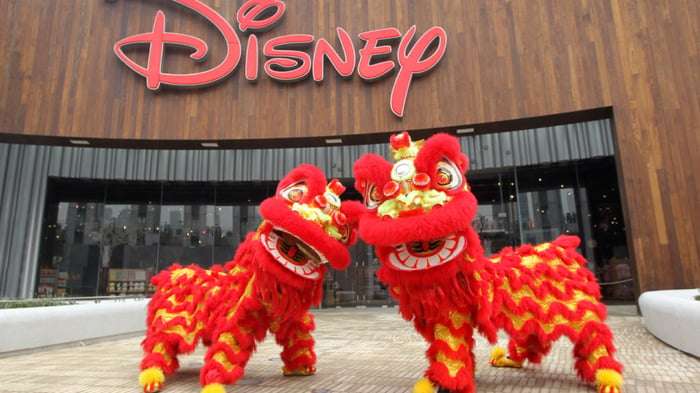 The parks are rocking

While Disney's biggest operating segment, media and networks, has struggled recently with disruption from video streaming and declining pay-TV consumption, its second-biggest segment, parks and resorts, has been crushing it. Revenue in the parks division increased 10% last year to $20.3 billion, and operating income was up 18% to $4.5 billion. Though performance benefited from lapping Hurricanes Irma and Matthew a year ago, it also saw higher guest spending and volumes and increases internationally at Disneyland Paris and Hong Kong Disneyland Resort.

Shanghai Disneyland, which opened in 2016, has exceeded expectations, and the company has been able to pass along price increases across many of its parks thanks in part to its strong brand. Disney's parks have had a hold on global consumers ever since Walt Disney opened Disneyland in the 1950s, and at a time when millennials are seeking to spend money on experiences rather than things and the company is getting more unique intellectual property from the Fox acquisition, Disney's parks and resorts look well positioned for continued growth.

Disney chief Bob Iger has been one of the best CEOs of his era. Iger has pioneered the company's acquisitions of big-tent entertainment brands like Pixar, LucasFilm, and Marvel, which have driven Disney's studio entertainment strategy as it's ramped up Star Wars movies, and has leveraged a bevy of Marvel characters into a number of blockbuster movies, including Black Panther earlier this year.

Now Iger is guiding Disney through a second phase of strategic expansion with the launch of ESPN+ earlier this year, which has already attracted 1 million subscribers. Disney+ is coming next year, and is expected to hit revenue streams late next year. It should also find an audience, as it will have titles from Pixar, Marvel, Star Wars, and Fox properties like National Geographic.

While Disney won't have the subscriber base that Netflix has, its library of brand assets can match that of any other streaming service, so it's likely to be an eventual success. Furthermore, the Fox acquisition will give Disney access to more valuable characters and properties like Deadpool, The Simpsons, and X-Men, among dozens of others.

What makes Disney such a unique business is that each division reinforces the others. Its lineup of popular franchises and characters anchor the studio entertainment division and show up again in rides at its theme parks, consumer products like toys that it licenses for production, and, soon, TV through Disney+.

No other company has quite that combination of assets, and that means that Disney should be able to extract more profits from, say, a hit movie than its rivals can.

Its one of many competitive advantages the company has, including the brand itself. Disney movies and its other products have enchanted children since the company's early animated films, and its parks continue to be destinations for families around the world. Though the company is more than children's entertainment, Disney has built a special bond and brand with the youngest consumers, and it's used the same playbook with studios like Pixar, Marvel, and Star Wars. It's likely to do the same with Fox.

Though the past few years have been challenging for the entertainment giant, the company is strong enough to overcome the cord-cutting transition.  With the Fox acquisition set to close next year and the Disney+ launch coming as well, I'd expect 2019 to be a strong year for the slumping stock.