Please ensure Javascript is enabled for purposes of website accessibility
Log In Help Join The Motley Fool
Free Article Join Over 1 Million Premium Members And Get More In-Depth Stock Guidance and Research
By Jordan Wathen – Dec 2, 2018 at 6:45AM

Multilevel marketing (MLM) programs have a math problem. Failure is guaranteed for the vast majority of participants.

Those who sell doTERRA essential oils often boast of the products' almost medicinal qualities, suggesting they have the ability to help you relieve congestion and in extreme cases, even fight cancers.

I'll leave the medical advice to doctors. The most questionable claim with doTERRA and other multilevel marketing (MLM) schemes is that you actually can make a respectable income selling the product to other people.

The reality is that doTERRA, like all multilevel marketing businesses, has a simple mathematical flaw: Only the top 1% will ever earn anything more than minimum wage, and even then, hard work is no guarantee that you'll get into the top 1%.

The Federal Trade Commission requires MLMs to disclose how much their members earn selling products to others. How the MLM decides to disclose this information is largely up to the company, however, resulting in highly misleading presentations about how much you can earn peddling products to friends and family.

I'm picking on doTERRA today because its income disclosure statement is especially egregious. It highlights how much its "advocates" earn in a table available on its website, which I reproduced below.

Taken at face value, the doTERRA income disclosure statement paints a rather rosy picture where even its lowest-earning advocates (Silver rank) are pocketing more than $27,500 per year, the equivalent to about $13.75 per hour for a full-time worker. Roughly 1 in 6 sellers, based on the table, achieve a rank in which the average earnings top $100,000 per year.

But the smaller print in the same disclosure reveals the realities that doTERRA and other MLMs would prefer kept hidden: The table only includes the most elite group of doTERRA advocates -- those who are in the top 1% based on their ability to sell product, and more importantly, sell others on the dream of selling its products. 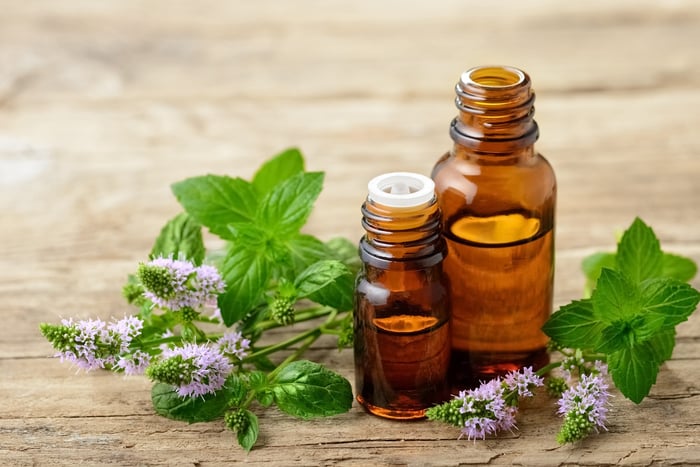 Getting in the top 1% of doTERRA is no easy feat. Achieving "Silver" rank, for instance, requires recruiting at least three other people who personally sell -- or recruit people who sell -- at least $3,000 in product per month.

So if you recruit three people who each sell $500 of product per month, and each of your recruits recruit more people who sell $2,500 of product combined per month, you'll make it to Silver, putting you into the top 1% of the organization. At a minimum, this requires at least $9,000 in "organizational" volume from the people you recruit, though few will reach this rank with exactly $9,000 in monthly volume.

The problem with MLMs

In order to reach the highest levels of any MLM, you must recruit more people who are almost certain to achieve a lower rank than you. Thus, it isn't a matter of working harder to recruit or sell more product. The structure of the compensation plan requires that the vast majority of people earn almost nothing from an MLM because for every runaway winner, there must be many more people below them.

From the figures sprinkled through doTERRA's income disclosure, I could estimate the average earnings of all doTERRA advocates by rank. My calculations are shown in the table below, starting with "Entry" rank, or the lowest advocates on the totem pole.

Source: 2017 income disclosure statement. *doTERRA only provides a range of $4,370 to $11,260 for these two ranks; the low end of the range was used for Elite, and the high end was inserted for Premier.

The data detailed in income disclosure statements is more akin to "gross profit" than earnings. That's because these numbers are before any expenses you incur for things like business cards, fliers, social media ads, party costs, mileage, and so on. After all those expenses are taken out and taxes are levied, your true earnings likely would be a fraction of what you earned in commissions selling doTERRA.

The cold, harsh reality of an MLM is that to succeed and reach the top, you must sell others on the dream that is mathematically unobtainable for all but a very small few.