Should you buy the digital payments pioneer or the iconic credit card brand?

The payments market has been a field ripe with investment opportunity lately. Digital-payment providers such as PayPal Holdings (PYPL -4.22%) are seeing robust growth as millions of consumers choose the convenience of an app to send money to family or friends and buy things in a store.

But American Express (AXP 0.17%) is still one of the world's top brands in the payments space, and it's seen strong growth lately, too. Let's see which of these two dominant payment providers investors should buy today. 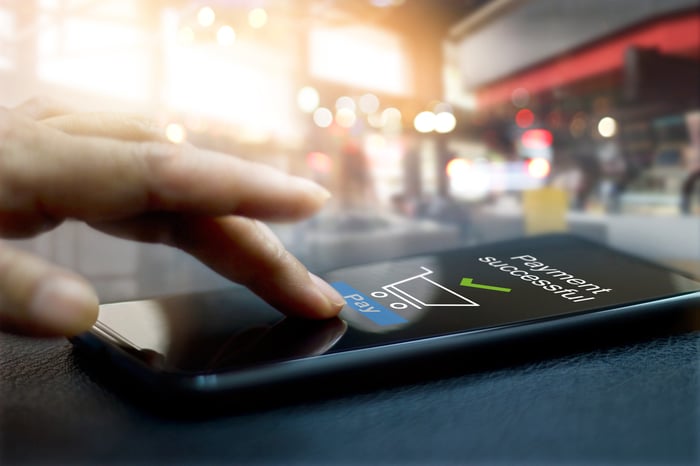 Shares of the digital-payments leader are up about 8% over the past year, barely keeping ahead of the broader market. That probably has more to do with investors who are trying to wrap their heads around the stock's high valuation than with how the business is performing.

The company posted another stellar quarter last month, with revenue and non-GAAP earnings per share up 14% and 26%, respectively. These numbers are typical of how the company performs every quarter. In this case, revenue was much better than the reported number. The recent sale of PayPal's credit receivables portfolio to Synchrony Financial shaved about seven percentage points off the top line. So adjusting for that, PayPal's revenue grew 21% year over year.

To keep the momentum going, management is starting to allocate capital to adjacent growth opportunities outside its core payments platform that extends the company's reach further across the digital-payments landscape. Back in June, the company announced a handful of acquisitions totaling $2.7 billion across point-of-sale solutions, risk management, and marketplace payments.

These moves were partly the result of the $6.5 billion in cash proceeds PayPal received from Synchrony in exchange for the credit receivables sale. PayPal also generated $3.4 billion in free cash flow over the past year and ended the quarter with $10.5 billion in cash and investments and just $2 billion in short-term debt.

There's a massive digital-payments market out there, and PayPal has the resources to make some big splashes. What's more, the company plans to distribute 40% to 50% of its free cash flow to shareholders over the next five years, probably in the form of share repurchases. Management is also targeting $1 billion to $3 billion in acquisitions each year.

If you're willing to pay a high P/E to own the shares, PayPal has a lot of growth potential to offer investors. 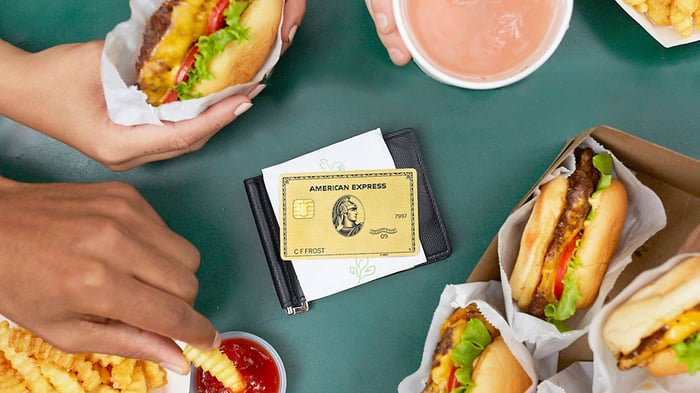 Instead of being a fierce competitor, American Express has considered PayPal a valuable partner. In the third quarter, the two payment leaders joined forces, in a move that will extend AmEx's reach into digital payments. As for PayPal, it completes the circle of credit card partnerships it's made over the past few years as part of its open platform strategy.

American Express spends billions every year on card member rewards and services to provide card members something in return for the annual fee they spend to have an American Express card. The company also offers an array of merchant services in return for the fees it charges merchants for accepting AmEx. Merchants are willing to pay this fee because they know AmEx card members spend more than any other cardholder, which helps generate more sales to grow their business.

Since most of the company's revenue is derived from merchant and card member fees, the growth of AmEx's revenue is a direct reflection of customer satisfaction and the relevance of its brand. The stock price is up 20% over the past year following strong operating results. Management expects full-year revenue to grow 9% to 10% and non-GAAP earnings per share to grow about 24% to 26% over 2017.

It's encouraging to see this level of growth, because American Express is facing mounting competition from merchants that are investing in their own payment solutions, as well as from emerging technologies at digital-payment providers like PayPal and Square.

Even more encouraging is that management reported last quarter that about half of the new card members for its Platinum card are millennials. In total, AmEx acquired 3 million new cards last quarter, which shows consumers still place a high value on the things American Express is known for, such as its customer service and free airport lounge access. These are services that no other payment provider has been able to match.

This one is a close call. American Express shares look appealing at a forward P/E of 14 times next year's earnings estimates. If the company can keep posting growth rates as it did in the third quarter, the shares offer good return potential.

PayPal is growing the top line much faster, but investors have to pay up for that growth, with the shares currently fetching a forward P/E of 29.

The one knock against American Express is that it's having to spend on card member services at a faster rate than revenue to drive growth, which could be indicative of an increasing competitive environment. For now, this isn't hurting AmEx, as card spending has been growing and card members seem to be satisfied with AmEx's service. But if competition ramps up enough, this extra spending could potentially cut into the company's margins and earnings growth over time.

Also, since American Express issues its own cards, it carries credit risk, something PayPal limited with the Synchrony deal.

It's more expensive from a valuation perspective, but I think investors will be better off over the long term with PayPal.