Please ensure Javascript is enabled for purposes of website accessibility
Log In Help Join The Motley Fool
Free Article
Join Nearly 1 Million Premium Members And Get More In-Depth Stock Guidance and Research
By Daniel B. Kline – Dec 3, 2018 at 8:11AM

The console that changed modern gaming was first released in Japan over two decades ago today.

It's easy to look at the PlayStation empire today and forget that Sony (SONY 1.39%) was an upstart in gaming back in the 1990s. Back then, the company wasn't trying to unseat industry leader Nintendo (NTDOY -3.78%) -- the company was actually trying to partner with them.

In 1988, the two companies developed a partnership to create a CD-ROM add-on for the upcoming Super Nintendo. That project was unveiled during the 1991 Consumer Electronics Show but it ultimately never made it to consumers. Nintendo instead partnered with Phillips, a move that kicked off a rivalry that would dramatically shake up the home gaming console business.

Left to go it alone, Sony released the PlayStation in Japan on Dec. 3, 1994. The console might have taken a long time to develop but it was truly revolutionary. Its use of CD-ROM (instead of cartridges) changed the face of gaming by lowering the cost to produce games on and gave them a more powerful console to be played on.

Gamers took note and made the PlayStation the first gaming console to ever sell 100 million units. But that was just the beginning. Over the following years, Sony would successfully develop and iterate on its flagship platform and dominate the gaming space. 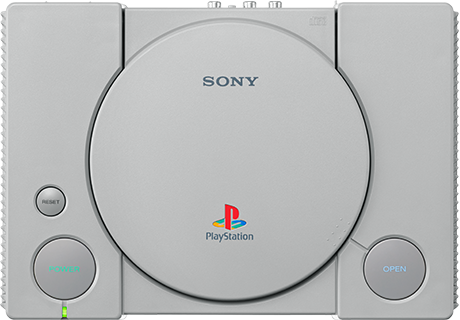 A new breed of console

When PlayStation was released in Japan in 1994, the U.S. market was still dominated by the Sega Genesis and Super Nintendo -- both of which were nearing the end of their lifespans. Unfortunately. Sega's follow-up, the Saturn, was a failure and Nintendo's next semi-hot console, Nintendo 64 (N64), did not get released until 1996.

That created an opening for a new player in the console market and Sony took advantage. Ultimately, the introduction of Sony's system to the market marked the beginning of the end of Sega as a console player.

Saturn may have been a failure but it was not helped by Sony launching PlayStation in the U.S. in September 1995, only about four months after the underwhelming Sega console came out. By the time Sega tried again with the better-liked, but equally poor-selling Dreamcast in 1998 the war had already been lost.

For most of its six-year global run (five in the U.S.) PlayStation shared the market with a rapidly fading Sega and Nintendo. The one-time king, Nintendo, stayed alive by dominating the handheld market with the 1998 release of Game Boy but only achieved middling success with the N64 and its 2001 followup GameCube.

To put things into perspective, Nintendo sold about 30 million N64s and just-under 22 million GameCubes. Sega sold just over 9 million each of the Dreamcast and Saturn consoles. PlayStation, with a relatively brief run before its successor the PlayStation 2 launched in 2000, sold more units than all of them combined.

Its 100 million unit figure is still good enough for second place in all-time console sales, trailing only its successor, the PS2. It also makes the PlayStation more successful than the two top-selling consoles from Microsoft (MSFT 4.20%) -- the first company that truly threatened PlayStation's stranglehold on the gaming space.

It's good to be king

Before PlayStation, companies had trouble following up a successful console release. The Atari 2600 -- the first mainstream console hit in the U.S. -- was followed by duds like the 5200 and the Lynx.

Instead of reinventing the wheel when it came time to upgrade the PlayStation, Sony simply delivered a sequel. PlayStation 2 -- the best-selling console system of all time -- offered better specs, improved resolution, and new versions of popular games to an audience that was ready for those upgrades.

The company may have released its third iteration, the PlayStation 3, a little too soon. It was still a big hit selling over 83 million units (still the sixth-highest selling console of all time) but just over half where PS2 finished. The latest PlayStation, the as-you-would-expect-it-to-be-named PlayStation 4, came out in 2013 and it has already outsold its predecessor and it should near 100 million consoles sold by the end of the holiday season.

The first two PlayStation models more or less had the market to themselves. That changed when Microsoft entered gaming in 2001 with the original Xbox. That first console sold under 25 million units -- respectable, but nothing for Sony to worry about.

But Microsoft's next-gen Xbox 360 beat PS3 to market by a full year. That system, which sold over 84 million units, established Microsoft as a key player in gaming. Sony's answer, the PS3, was hurt by a combination of strong Xbox 360 sales and the shocking success of Nintendo's Wii -- a game system that offered a new type of play interface and a family friendly array of games.

This cycle of releases showed that while Microsoft's deep pockets could develop a killer console, it still couldn't knock Sony out of a position of power in the console space. In fact, with the current generation of systems, PlayStation 4 has sold more than twice as many units as its competitor, the  Xbox One.