Even though the market soared, these stocks got left out. Find out why.

Wall Street had a celebration on Monday, as market participants were largely pleased with the way that Chinese and U.S. leaders charted a course to resolve trade disputes at the G-20 summit in Argentina over the weekend. Major benchmarks were higher by 1% or more, as investors marked off one potential source of angst and generally felt more optimistic about the U.S. economy. Yet some companies had to deal with news that sent their shares lower. Aphria ( APHA ), GlaxoSmithKline ( GSK 1.24% ), and RigNet ( RNET ) were among the worst performers on the day. Here's why they did so poorly.

Aphria's the odd one out

Aphria shares plunged 23% as the marijuana company got hit by a double-whammy today. First, Aphria had to deal with a report from short-selling investors that lambasted the cannabis specialist, arguing that its recent acquisitions of various companies in Latin America were problematic. Aphria responded that the allegations were "false and defamatory," but investors didn't seem confident in the wake of the report. Moreover, with Altria Group having reportedly entered into talks with Cronos Group for a possible merger, Aphria investors were disappointed that the tobacco giant apparently went with another company rather than approaching it in acquisition talks. 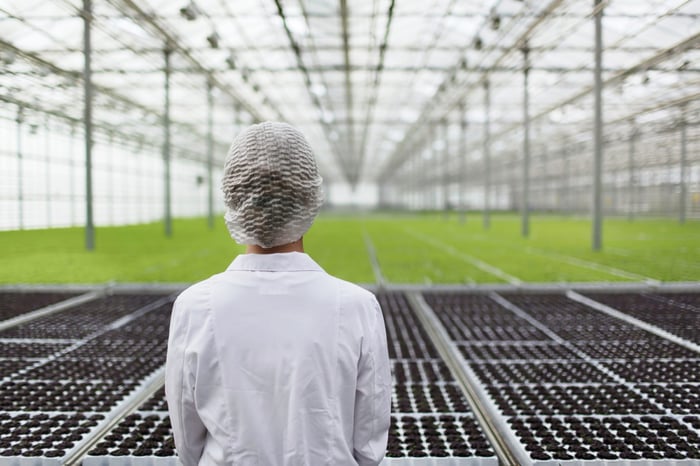 GlaxoSmithKline saw its stock fall 8% in the wake of making an acquisition bid for drug company Tesaro. The $75-per-share offer for Tesaro means that Glaxo will pay about $4.16 billion in the buyout, and Glaxo shareholders weren't convinced that the price was right for the company. Tesaro's approved drugs and pipeline have their merits, but even its most auspicious-looking treatments are only getting started with the commercialization process. If things don't go well for the drugs going forward, then Glaxo could end up looking silly with its move.

Finally, RigNet's shares finished lower by 8%. The communications services specialist said that it had received an adverse ruling in an arbitration tribunal, indicating that it could owe Inmarsat Global as much as $50.8 million. However, RigNet said that the tribunal had yet to hear potential counterclaims from RigNet that could reduce the net total of any amount eventually due. RigNet hopes it can continue doing business as a supplier to Inmarsat until a final ruling in late 2019, but investors seem nervous that a big payout could be costly to RigNet.