Shares of RigNet (NASDAQ:RNET) had slumped more than 11% by 2:30 p.m. EST on Monday after an arbitration panel ruled against the company.

The International Centre for Dispute Resolution's arbitration panel ruled in favor of Inmarsat Global in phase 1 of a multiphase case that started in October 2016. The ruling on this phase found that RigNet owed Inmarsat $50.8 million for a take-or-pay contract from January 2014. However, RigNet doesn't have to pay that amount until the panel rules on phase 2 counterclaims, which should come in the second half of next year. 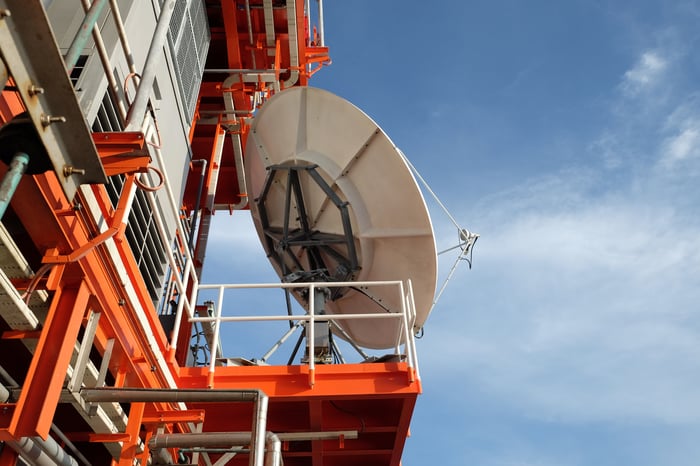 RigNet CEO Steven Pickett commented on the ruling by saying that "while we disagree with the panel's phase 1 findings and are disappointed in the result, the Company has significant counterclaims, which will be heard in phase 2 of the process, and we intend to pursue those counterclaims vigorously." Furthermore, Pickett stated that Inmarsat will remain a key supplier to the company and that it doesn't expect any impact on its ongoing business operations. But RigNet did note that it plans on recording a litigation reserve in the fourth quarter of next year to potentially pay for these claims. However, it hasn't yet determined the value since a successful counterclaim would reduce what it would need to pay.

The phase 1 ruling represents a significant potential liability for RigNet considering that it had only $20.7 million in cash on its balance sheet at the end of the third quarter. That could force the company to build up its cash position in the coming quarters at the expense of investing in its business until it knows the outcome of its phase 2 counterclaims.