Optimism about U.S. trade relations with China following the G-20 meeting lasted only a day, after tweets by President Trump and the naming of hard-liner Robert Lighthizer as the lead negotiator highlighted the fact that no progress was actually made last weekend. The Dow Jones Industrial Average (DJINDICES:^DJI) and the S&P 500 (SNPINDEX:^GSPC) had big losses, but volume was relatively light.

As for individual stocks, Toll Brothers (NYSE:TOL) warned of slowing in the housing market, and pot producer Aphria (NASDAQ:APHA) fell despite rebutting a short-seller's allegations. 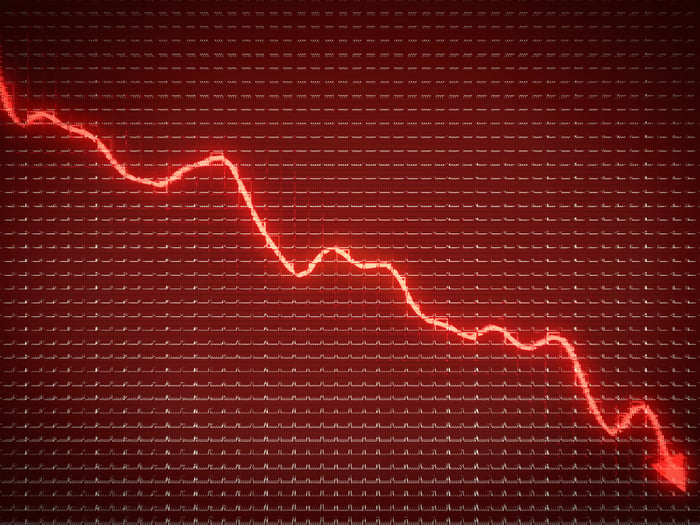 High-end homebuilder Toll Brothers reported strong fiscal fourth-quarter results, but warned of challenges developing in the housing market, and shares plunged 10% before largely recovering to close down 1.6%. Revenue increased 21% to $2.46 billion, above the $2.35 billion analysts were expecting. Earnings per share ballooned to $2.08, compared with the consensus estimate for $1.83.

The number of homes delivered in Q4 increased 12% to 2,710 and the average price grew 8.3% to $906,000. But Toll Brothers saw a weakening in demand in the quarter, with signed contracts declining 13% in units and 15% in dollar terms. The trend is continuing, with CEO Douglas Yearley Jr. saying, "In November, we saw the market soften further, which we attribute to the cumulative impact of rising interest rates and the effect on buyer sentiment of well-publicized reports of a housing slowdown."

Toll Brothers still sees positive long-term trends of a strong economy, high employment, increasing household formations, and an aging base of existing homes. But the company reinforced existing market concerns about a housing slowdown in the near term.

Shares of marijuana stock Aphria plummeted for a second straight day, falling 25.5% to $4.51 after the company's rebuttal of a short-seller's allegations failed to reassure investors.

Yesterday, Quintessential Capital Management and Hindenburg Research released a report alleging that the company diverted funds from shareholders to enrich a network of insiders through a series of acquisitions. The authors of the report are short Aphria's shares, meaning that they profit from the stock's decline, and they allege that assets bought by the company were previously owned by Aphria insiders but were essentially worthless.

Aphria's response focused on rebutting the claim of the worthlessness of the properties without addressing the connection of insiders to them, nor other allegations, such as low product quality.