It didn't take much to move this volatile stock more than 10% lower today. The bad news, such as it was, was attached to an analyst's repeated "buy" recommendation.

Shares of payment processing company Square (SQ -4.18%) fell as much as 11% on Tuesday. The market was weak in general on Tuesday as investors started to doubt the value of the weekend's highly touted trade-war truce, and especially so in the financial sector, where many banks and credit card processors suffered large losses. On top of all that, analyst firm Stifel lowered its price target on Square in the early morning. 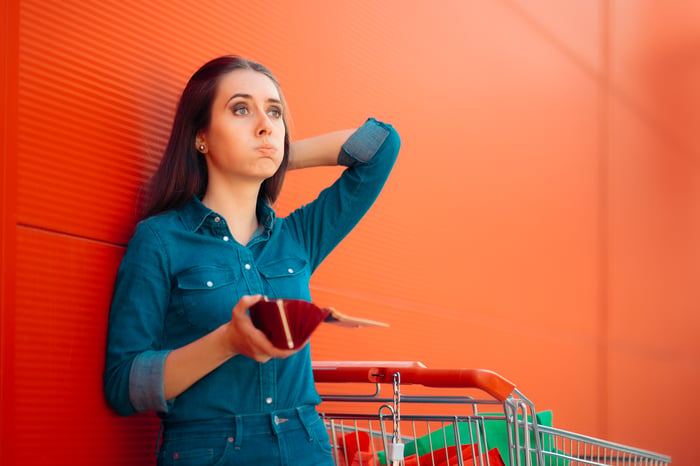 Businesses of all sorts have been craving an end to the trade tension between Washington and Beijing, so a 90-day cease-fire was welcomed with open arms on Monday. On further reflection, Trump's deal might not hold as much value as was initially thought, which could be particularly bad news for companies that depend on high volumes of consumer shopping -- such as Square.

As for Stifel's negative review, analyst Scott Devitt still holds a "buy" rating on Square but lowered his price target from $100 to $95 per share. The analyst sees competition bubbling up from unexpected and as-yet-underappreciated places. Furthermore, a fresh batch of convertible debt papers is expanding Square's share count far enough to make Devitt want to include that effect in his value projections.

There is nothing terribly wrong with Square today, other than a shaky market and a cautious analyst note -- still tied to a bullish view and a price target 48% above the current level.

Square's stock price has still more than doubled over the last 52 weeks and is trading at a kingly 99 times forward earnings. Volatility is just the name of the game with these high-flying market darlings, and today the unexpected move happened to be downward.

Is Block Stock Getting Chopped?
413%