Retail discount-chain Dollar General Corporation (NYSE:DG) issued a solid fiscal third-quarter 2018 earnings report on Tuesday before the markets opened, yet a trimming of current-year guidance weighed on shares, which lost nearly 7% during the subsequent trading session. The stock's slump likely was exacerbated by a sour mood on Wall Street, as the S&P 500 index sank 3.25% on the day.

The company cited external forces -- specifically, hurricane-related disaster expenditures -- for its reduced outlook for the year. We'll review management's guidance below after first visiting important details from the last three months. Note that all comparative numbers in this article are presented against the prior-year quarter (the fiscal third quarter of 2017).

What happened with Dollar General this quarter? 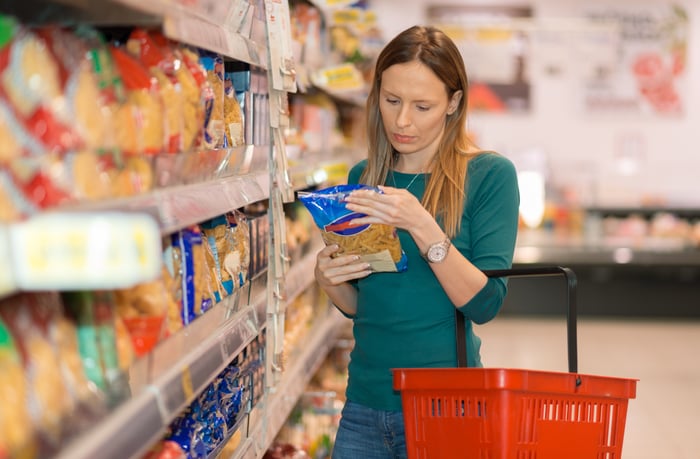 As a result of the third-quarter hurricanes and other disasters, we will record greater-than-anticipated expenses in the second half of 2018. ... In total, the impact to third-quarter EPS [earnings per share] was an estimated $0.05 per diluted share and we expect to see an additional estimated $0.04 impact on our fourth quarter diluted EPS. We have adjusted our full-year outlook to reflect the estimated $0.09 impact of these events, ongoing transportation cost pressures and year-to-date results. Despite these challenges, we expect to deliver our 29th consecutive year of same-store-sales growth with strong net sales, EPS, and cash flow growth.

Given these external factors, Dollar General lowered several fiscal 2018 guidance mileposts against its last outlook update issued at the end of August. The company now expects revenue growth of 9% versus a prior expectation of 9%-9.3%. Same-store sales growth is anticipated at 2.75% for the year compared to the previous "mid-to-high 2 percent range."

Dollar General has clipped its full-year operating margin target, which was earlier expected to be flat against the prior year. Currently, management forecasts that it will fall "modestly below" below fiscal 2017 operating margin of 30.8%.

Following CFO Garratt's commentary above, 2018 diluted EPS is slated to land between $5.85-$6.05. In August, the company had advised investors to expect EPS of between $5.95 and $6.15. Barring any additional unexpected weather events, Dollar General earnings should be able to fall squarely within the updated EPS range.