The U.S. Department of the Treasury recently released the Task Force report on the United States Postal Service greenlighted by President Trump in April. The report dives into the reasons why the postal service has posted a net loss for 12 consecutive years. Despite Trump's insistence that Amazon (NASDAQ:AMZN) is the biggest culprit behind the agency's continued losses, the report doesn't implicate Amazon or the growth of e-commerce as the reason for the lack of profits.

The decline in mail volume is a bigger driver of falling revenue and profits than the growth in package delivery. The Task Force does have some suggestions that could improve sustainability for the USPS, but it might be underestimating Amazon's strength in the market. 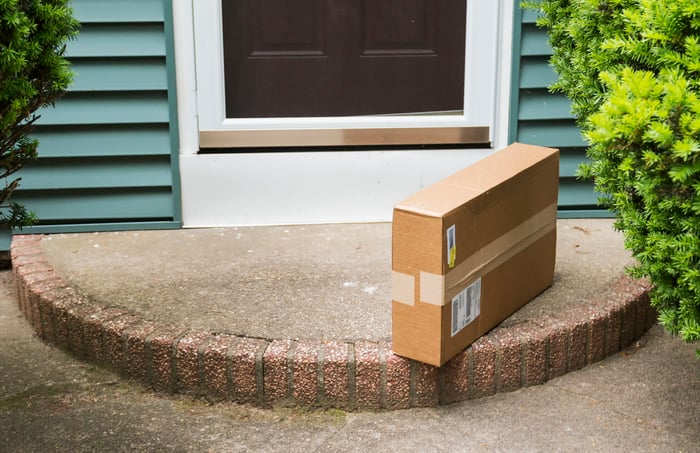 The real cause of the USPS' problems

The troubles at the USPS can be traced back to the Great Recession in 2008.

The USPS' ability to raise prices has been severely limited over the last decade, as it's tied to inflation. The great recession ushered in a period of very low inflation. From October 2008 to October 2018, the consumer price index for urban consumers climbed 16.8%, a compound annual growth rate of just 1.6%.

Meanwhile, the growth of digital communications during the same period made businesses and individuals less reliant on snail mail. The proliferation of smartphones means individuals now have nearly constant access to email and text messages. Additionally, paper magazines are less popular with the greater access to the internet and digital devices.

Declining mail volume with limits on price increases is a pretty simple recipe for poor profitability.

While mail volume and revenue are declining rapidly, package volume has doubled since the start of the decade. Package revenue increased from $10.3 billion in 2010 to $21.5 billion this year. That more than offsets the $7.9 billion decline in mail revenue.

What the Task Force suggests

Trump thinks that simply raising the price on package deliveries for e-commerce companies like Amazon will be enough to get the USPS back on track. The Task Force disagrees, however, noting competitive forces will prevent it from raising prices on package delivery enough to overcome declining mail volume.

Instead, the Task Force suggests raising prices on all commercial uses of the USPS while keeping prices capped by inflation for essential services. That means no more free rides for marketers sending stuff through the mail.

Surely, the Task Force has considered how much volume it could lose if it raised prices for commercial use of its services. Marketers will likely send out less mail to customers, instead relying more on digital communication. Bigger e-commerce companies like Amazon may find alternative delivery methods if prices climb too high.

If anything, such a move would hurt small and medium-sized businesses that ship items through the USPS, and give more power to companies like Amazon.

Amazon is fully prepared for any adverse pricing changes from the USPS. Over the last year, it's started developing its own delivery systems that could replace the last-mile delivery service provided by the USPS. That includes helping entrepreneurs set up their own delivery businesses as well as hiring delivery workers directly in some cities for the holiday season.

Amazon has also taken delivery of 27 cargo planes over the last two years. By using its own planes, Amazon saves around $2 to $4 per package, according to analysts at Morgan Stanley. Those savings can help offset price increases for last-mile delivery from USPS.

While Amazon isn't to blame for the USPS' struggles, it could be the reason its struggles continue in the future.