Please ensure Javascript is enabled for purposes of website accessibility
Log In Help Join The Motley Fool
Free Article Join Over 1 Million Premium Members And Get More In-Depth Stock Guidance and Research
By Beth McKenna - Dec 7, 2018 at 7:50AM

This marijuana stock was largely taken down by its quarterly earnings report.

Shares of Aurora Cannabis (ACB -3.62%), a Canadian marijuana grower, declined 15.9% in November, according to data from S&P Global Market Intelligence. They've lost 7.7% so far in December, through Thursday, driven by a downturn in the broader market. 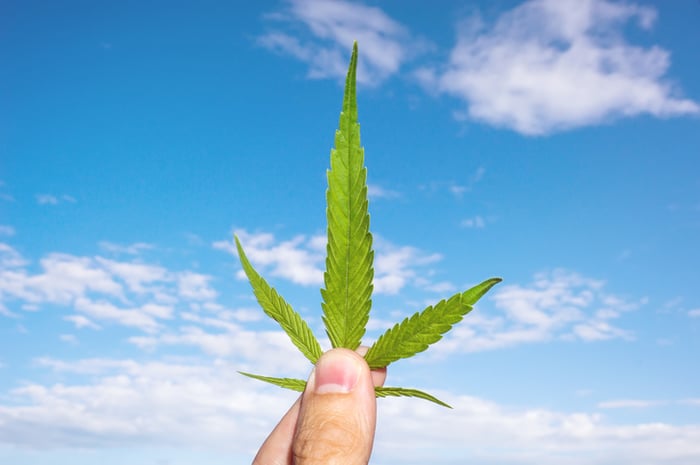 November started off great for Aurora Cannabis and most marijuana stocks thanks to the U.S. midterm elections on Nov. 6 followed the next day by the resignation of ardent marijuana foe Jeff Sessions as U.S. attorney general. Voters in Michigan gave the nod to recreational cannabis for adults and residents of Missouri and Utah voted to legalize medical marijuana. Moreover, Democrats seized control of the House of Representatives from the Republicans, who remain in control of the Senate. In general, Democrats are more open than Republicans to legalizing marijuana at the federal level.

Aurora stock had been up 18.8% last month through the 7th, while shares of most of the company's peers -- including Tilray, Cronos Group, and Canopy Growth (CGC -5.96%) -- had popped even higher.

First, the broader market acted as headwind as it turned down after about the first week of the month. Second, the bumps the marijuana stocks received from the election and Sessions' resignation seemed overdone, so it made sense that the market took back most of these gains within a couple days. Lastly, and most importantly, the spate of quarterly earnings reports for marijuana companies that were released last month likely disappointed many investors.

Aurora released results for its first quarter of fiscal 2019 on Nov. 12 and within two trading days, the stock sank 15.4%. Revenue grew a whopping 260% year over year to 29.7 million Canadian dollars, but as fellow Fool Sean Williams wrote, though Aurora " "dazzled" with a profit of 105.5 million Canadian dollars, this was entirely the result of a one-time gain from the disposition of an asset and a gain on derivatives. On an operating basis, Aurora Cannabis lost nearly CA$112 million while spending aggressively to build up its capacity expansion, enter new markets, and make acquisitions."

When Aurora Cannabis releases its next quarterly report, investors should get a picture -- though a very early one -- of how things are shaking out in the newly opened Canadian recreational marijuana market. November's string of reports by the Canadian marijuana growers were for the quarter ended in September, so they didn't include material sales to this market, which opened for business on Oct. 17.

The other key things to focus on are big partnerships. So far, Canopy Growth has been the only Canadian marijuana grower to land a huge partner -- alcoholic beverage maker Constellation Brands, which owns a 38% stake in Canopy. Such a partnership -- particularly if it comes with a significant investment -- should help Aurora better compete in the market.