Will the Yandex Phone fare any better than Google’s Pixel phones?

Yandex will initially sell the phone for 17,900 rubles ($270) at its flagship store in Moscow, on its e-commerce site Beru, and at the Russian wireless carrier Beeline. The device runs Yandex's own services instead of Google's standard Android apps.

Why is Yandex selling a phone?

Yandex competes directly with Alphabet's ( GOOG 1.12% ) ( GOOGL 1.05% ) Google in Russia. Yandex controls 55% of the PC search market in Russia and 52% of its mobile search market, according to Statcounter. Google controls 40% and 47% of the PC and mobile markets, respectively.

Since many of Yandex's products compete directly against Google's, the company has been exploring ways to replace Google's default apps on Android devices. Back in 2014, Yandex launched Yandex.Kit, a firmware update that let OEMs replace all of Google's apps with its own services. Several smartphone makers, including Huawei and Russian smartphone maker Explay, subsequently launched Yandex.Kit devices.

Yandex wasn't the first company to champion "Google-free" Android devices. Microsoft partnered with OEMs to pre-install its apps on Android smartphones, and Samsung attempted to replace core Google apps -- like Google Assistant and Google Play -- with its own services.

Cyanogen produced a forked version of Android that completely removed Google's services, but the effort flopped after its attempts to monetize the OS with paid themes failed. Huawei, Xiaomi, and other major OEMs in China also regularly launch their own first-party services, since Google's core services are banned across the mainland.

Kicking Google when it's down

Those previous efforts didn't do much to pry Google's services away from Android, which is technically an open-source operating system anyone can modify. 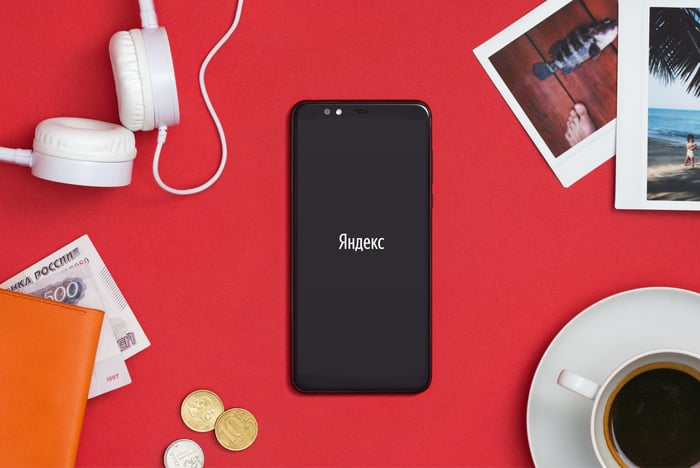 However, Yandex enjoys a key advantage that Microsoft, Samsung, and other challengers lack: Its search and cloud services are already widely used by Russian smartphone users. Therefore, Russian users would probably be more willing to buy a Yandex Phone than a phone pre-loaded with Microsoft or Samsung services.

If Yandex sells enough phones, other OEMs could install Yandex's services (via its free Yandex.Kit) onto their devices. OEMs could even consider doing that for phones across certain regions of Europe -- since Google started charging OEMs licensing fees for pre-installing its apps earlier this year in response to the antitrust ruling against the company's bundling practices.

Russian regulators also clearly favor Yandex over Google. They've already threatened to ban Google's services after it refused to turn over personal data from bloggers in 2015, forced it to move servers to Russia, temporarily blocked its websites while cracking down on the encrypted mobile messaging app Telegram, and fined it for failing to filter out banned sites from its search results.

Russia also fined Google a nominal amount ($6.75 million) for bundling its apps into Android in response to a Yandex complaint two years ago. However, the EU ruling against Google's bundling practices now gives Yandex precedent to file another complaint against Google -- which could result in a much higher fine.

But will anyone actually buy a Yandex phone?

It's easy to see why Yandex launched its own phone, but it could struggle to dent the saturated smartphone market. Google made a similar move into smartphones with its Pixel devices, which appealed to tech enthusiasts but trail far behind Samsung's market-leading Android smartphones.

However, Yandex might simply be selling the phone to draw more attention to "Google-free" Android devices, and it could be aimed at winning over OEMs instead of consumers. If that happens, we could see other OEMs launch "Yandex phones" of their own -- which could loosen Google's iron grip on Android.