Shares of textbook publisher Houghton Mifflin Harcourt ( HMHC -1.86% ) gained 48.5% in November of 2018, according to data from S&P Global Market Intelligence. The huge boost was driven by a strong earnings report.

Third-quarter revenues held steady at $516 million, exceeding the Street's $507 million consensus estimate. On the bottom line, earnings fell 4%, to $0.70 per share, also ahead of analysts' $0.59 target. Harcourt's net income actually increased by 2% on a pre-tax basis, but the year-ago period's tax benefit was about three times the size of this period's.

In a separate release on the same day, California chose Harcourt's science curriculum as the standard material for K-8 schools starting in 2020. That's an important win that provided additional fuel for Harcourt's soaring stock. 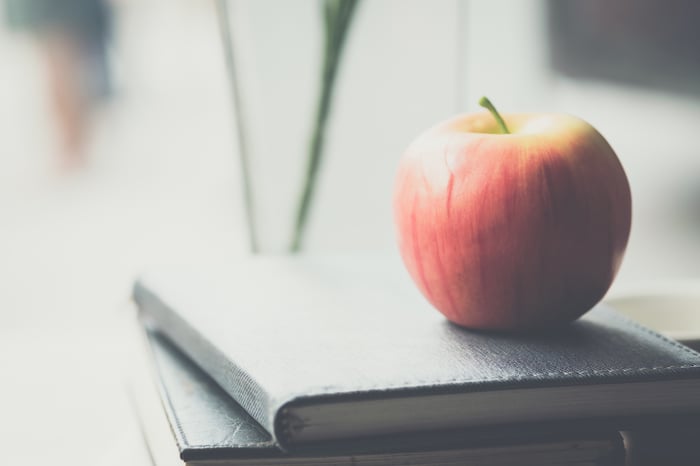 The company is looking forward to several large curriculum projects in 2019, building on multiyear development projects. If Harcourt can deliver on that promise, we'll be looking at a textbook example of a turnaround story. As it stands, annual revenues have been floating sideways over the last three years and the stock is trading 53% lower across the same period -- and that's including November's big gains.

Why Houghton Mifflin Harcourt Stock Was Up Again on Friday