Hint: It's not the tech giant's services business.

The first thing many investors probably think of when they think about Apple (AAPL -2.15%) is the iPhone. That's understandable, since iPhones account for 63% of the company's trailing-12-month revenue. But the tech giant has been successfully growing two other important segments recently: services, and other products.

While Apple's services segment been getting more attention lately, since it has swollen to become the company's second largest segment, Apple's other products segment is easily overlooked. After all, the segment is the company's smallest. But there's one good reason investors should give it a close look: It's Apple's fastest-growing segment. 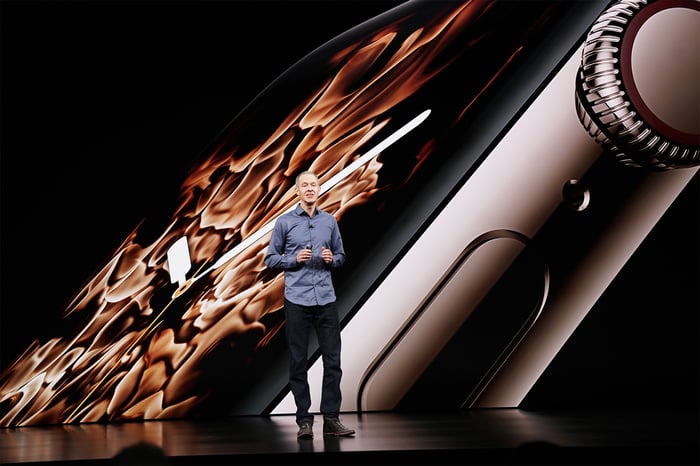 To get a better idea of how Apple's other products segment is contributing to its business, here are four interesting tidbits about this key catalyst.

Further highlighting the significant momentum Apple is seeing in its other products segment, its 35% growth was a significant acceleration over the 16% growth the segment saw in fiscal 2017.

While Apple's other products business is small relative to its overall revenue, it's still a significant sum. For instance, Apple's $17.4 billion in fiscal 2018 exceeded Netflix's trailing-12-month revenue and is about in line with Tesla's.

Given the segment's outsize growth recently, it's growing as a percentage of Apple's overall business. Other products accounted for 7% of Apple's total revenue in fiscal Q4, up from 5% in fiscal 2016.

Key to other products' strong growth is Apple's wearables products, or sales of Apple Watch, AirPods, and Beats products. Wearables revenue was up an impressive 50% year over year in fiscal Q4. Making this number even more impressive, this figure was up against a very tough comparison; Apple's wearables revenue was up 75% year over year in the year-ago quarter.

Despite not getting into the wearables business with its own Apple-branded products until 2015, with the launch of the Apple Watch, Apple has already seen wearables grow to account for a significant portion of the segment's revenue. Indeed, wearables sales have become so important to the segment that the company is now renaming it "wearables, home, and accessories" as of its first quarter of fiscal 2019, said Apple CFO Luca Maestri in the company's fourth-quarter earnings call.

While Apple's other products segment is still a small portion of its business, it's now big enough that investors should keep an eye on it. Even more, strong momentum in wearables is likely to help the segment become an even larger portion of Apple's overall revenue over time.