Shares of Advanced Micro Devices (NASDAQ:AMD) climbed 16.97% last month, according to data provided by S&P Global Market Intelligence. The stock tumbled in October over a disappointing third-quarter earnings report, but the shares rebounded strongly in November following an encouraging round of news about its server chip business.

In early November, AMD announced that its EPYC server processors were being used by Amazon.com for its Amazon Elastic Compute Cloud (EC2).

EC2 is a part of Amazon Web Services that allows developers to increase or decrease their compute capacity in the cloud as needed. Amazon Web Services is the largest cloud provider with 52% market share, and has been seeing soaring growth lately, which makes this a big win for AMD's server chip business. 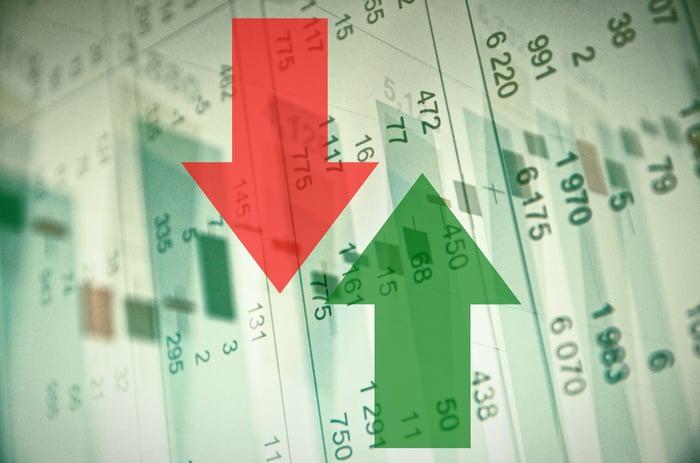 The Amazon announcement was part of a presentation AMD hosted for investors in which management showcased its product road map. Analysts were encouraged by what they heard, especially with the company's planned launch of its 7-nanometer server processor next year. Analysts are optimistic that the new chip will help AMD continue to take share away from Intel (NASDAQ:INTC) through 2019.

AMD's graphics card business (its largest) stalled out in the third quarter, but the company's computing and graphics segment still posted revenue growth of 12% year over year. That's not as much as the near triple-digit increases AMD reported earlier in the year, but it points to continued growth as gamers upgrade to more-powerful graphics cards to play top esports titles.

Heading into the new year, all eyes are on AMD's execution within its enterprise, embedded, and semi-custom segment, which includes sales of EPYC processors. The enterprise segment made up 38% of total revenue over the last year.

Analysts currently expect the company to grow revenue 7% in 2019, but a favorable sales-mix shift to higher-priced products, such as server chips, is expected to expand margins and translate to 37% growth in adjusted earnings per share. The stock price currently reflects high growth expectations as it trades at a forward P/E of 31 times next year's earnings estimates.