Shares of Qudian (NYSE:QD) gained 22.3% in November, according to data provided by S&P Global Market Intelligence. The Chinese consumer-credit company's stock has struggled in 2018, trading down roughly 60% year to date, but its valuation got a boost thanks to better-than-expected third-quarter earnings. 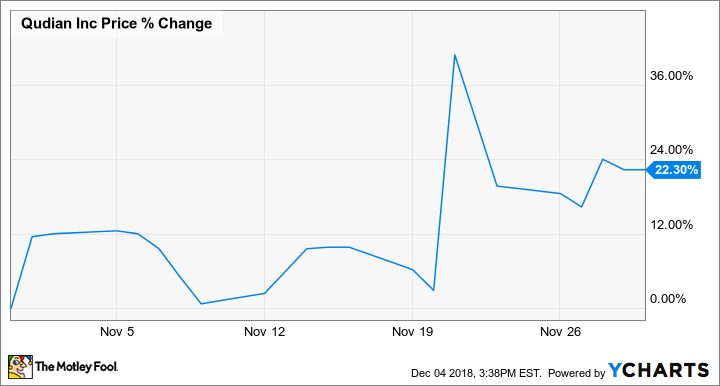 Qudian reported third-quarter results on Nov. 21, with sales for the period rising 32.9% year over year to come in at $280.9 million. Revenue for the period actually fell short of the  average analyst estimate by roughly $30 million, but margin improvement helped the business beat profit targets. Net income increased 5.1% compared to the prior-year period to reach $99.6 million, and adjusted earnings per share came in at $0.32 -- beating the average analyst estimate by $0.02. 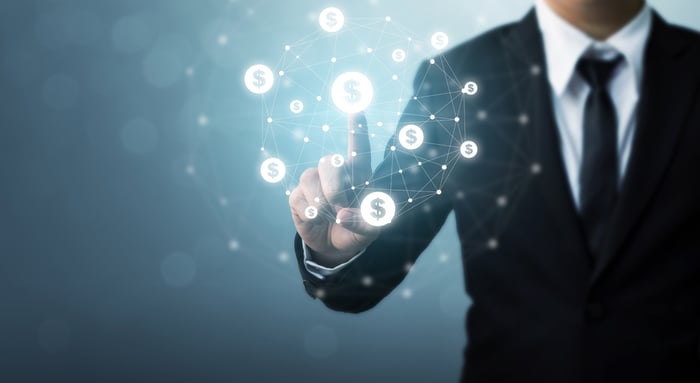 Earlier this year, Ant Financial's Alipay opted not to continue its business relationship with Qudian -- removing one of the loan company's most important sources of new customers and raising questions about how it would drive borrower growth in the future. Big increases for the company's outstanding loan amounts and users in the third quarter appear to have allayed those concerns to an extent. The company's total number of registered users increased 24% year over year to reach 70 million, 580,727 new active borrowers were added to the company's rolls, and its total outstanding loan balance at the end of the September quarter climbed 17.7% compared to the prior-year period.

The end of Qudian's deal with Alipay has significantly reduced its marketing expenses and could help the business be more profitable as long as it can continue to add new borrowers through other channels. The company is also looking to take better advantage of its large, nonborrower user base. While the company counts roughly 70 million members among its user rolls, it only had outstanding loans with roughly 4.9 million borrowers at the end of September -- partially due to its own rising credit standards. Management anticipates that the company can leverage its pool of nonborrowing members by referring them to other companies that would be willing to provide loans.

Qudian expects healthy growth for its outstanding loan balance in the fourth quarter and expects to generate non-GAAP net income of 2.5 billion Chinese renminbi for the year -- or roughly $360 million based on current exchange rates. Hitting that target would have the company valued at roughly 4.6 times this year's profits -- a level that might look cheap, but investors should proceed with the understanding that performance could be uneven going forward.