Shares of the plant biotech company 22nd Century Group (NASDAQ:XXII) broke out of their year-long funk last month by gaining a whopping 22%, according to data from S&P Global Market Intelligence. What event sparked this double-digit rally?

22nd Century Group's shares took flight after the company posted its third-quarter earnings report on Nov. 7. The key item that seems to have encouraged investors was the news that the company was inching ever closer to finally submitting a Modified Risk Tobacco Product application for its proposed "very low nicotine content premium cigarettes," or VLNC premium cigarettes for short. 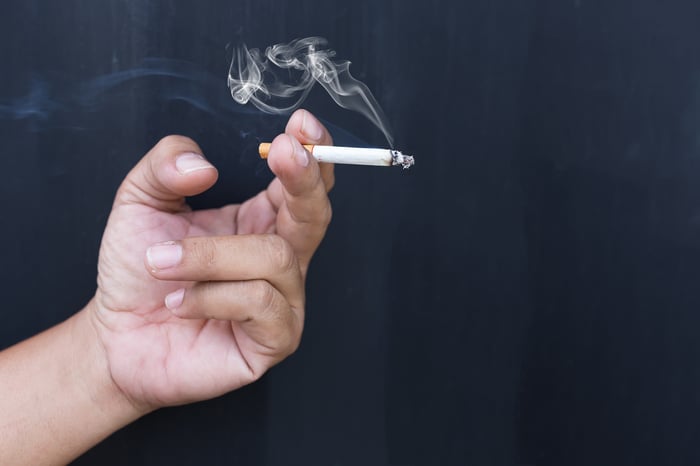 22nd Century Group's VLN premium cigarettes are designed to lower the potential for abuse and addiction stemming from regular tobacco use. The basic idea is to piggyback on the Food and Drug Administration's (FDA) tobacco harm-reduction initiative. Under a best case scenario, this antismoking initiative would entice tobacco companies operating stateside to license 22nd Century Group's VLN products outright or pay a hefty fee to use its intellectual property.

Is the FDA's ongoing effort to basically eradicate combustible cigarettes a worthwhile investing thesis? Frankly, the answer is probably no. Big tobacco may not be able to win this fight with regulators at the end of the day, but this powerful industry can certainly delay it -- perhaps for decades. That fact doesn't bode well for a cash-flow-negative company like 22nd Century Group.

Moreover, it's not altogether clear if there would even be much demand for a low-nicotine cigarette. Most smokers, after all, consume cigarettes primarily for a nicotine fix. 22nd Century Group's VLN premium cigarettes, therefore, appear to have a rather limited commercial opportunity from the outset.