Investors in Cummins (NYSE:CMI) are getting a feel of a roller-coaster ride but without the thrill. After plunging in October like most industrial stocks, Cummins stock shot up 10.5% in November, according to data provided by S&P Global Market Intelligence. It seemed like a blink-and-miss moment, though, what with shares of the engine manufacturing giant already giving up all those gains so far in December.

Looking at the timeline of events, it's evident that enthusiasm about Cummins' third-quarter earnings report that was released on Oct. 30 spilled over to November.

The trucking markets have been really strong lately, and impressive numbers from Cummins' key customer Paccar in late October raised hopes among investors in Cummins as well. Cummins didn't disappoint: It grew revenue and adjusted net income by 12% and 45%, respectively, year over year. North America was its strongest market, with sales jumping 17% year over year. International revenue climbed 6% during the quarter, led by robust demand from India, China, Latin America, and Europe.

It was, in fact, a record quarter for Cummins in terms of profits. The market, unsurprisingly, welcomed the news as it felt like a much-needed breather given the pessimism surrounding cyclical, specifically industrial, stocks amid geopolitical concerns. Ironically, those exact concerns are now putting pressure on Cummins shares, though there's another bit of news that appears to be spooking investors this month. 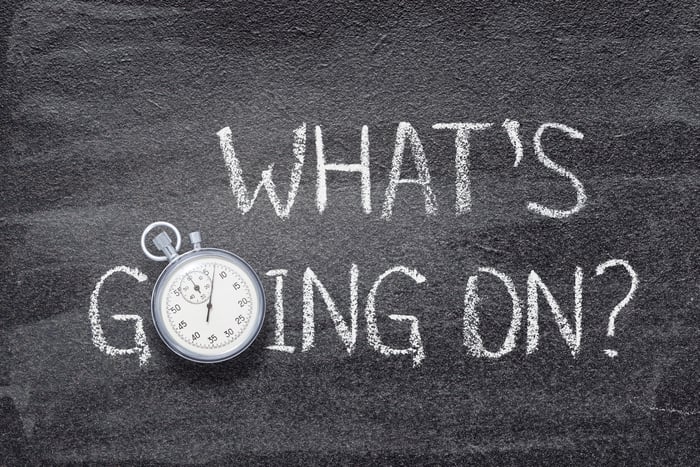 You see, while the ongoing trade war between the U.S. and China and mixed signals about potential negotiations between the two nations after the G-20 summit has had its repercussions on industrial stocks, Cummins shares took another hit after Class 8 truck order numbers for November were surprisingly weak. November marked the first month so far this year when orders for heavy-duty trucks from the key Class 8 segment declined year over year.

Industry experts aren't reading much into the November drop in Class 8 orders, though, as they believe it was the result of exceptionally strong backlogs, because of which leading truck manufacturers already have their order books full through the better part of 2019 and are going easy with fresh orders. 2019, in fact, is projected to be an even stronger year in terms of deliveries for the North American trucking market.

Cummins, for its part, expects to grow full-year revenue by 15%-17%. That's a strong growth number, one that should encourage long-term investors to see beyond the macro headwinds when evaluating their investment thesis for Cummins.