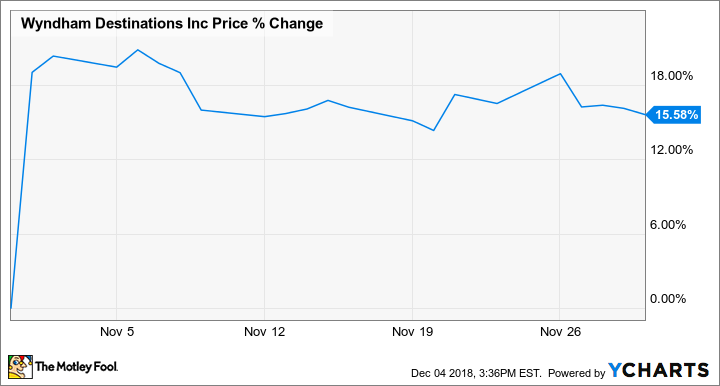 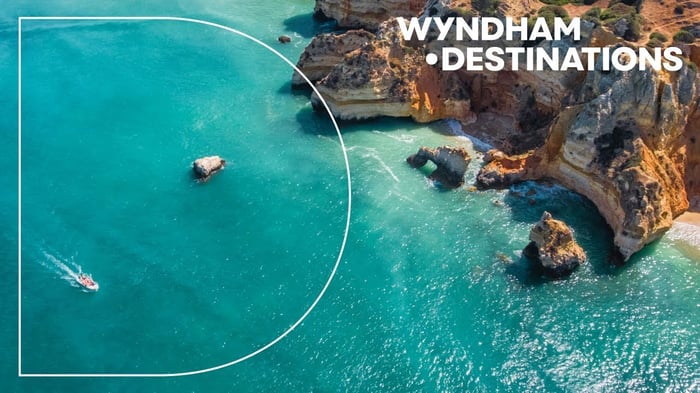 May saw Wyndham sell off its European rentals business and spin off its hotel business under the Wyndham Hotels & Resorts banner, complicating a direct comparison between 2017's September quarter and this year's period -- and leaving the company's vacation timeshare segment, service and membership fees, and financing business as its core revenue pillars. Revenue for the company's remaining businesses increased 10% year over year to come in at $1.1 billion, and income from continuing operations increased 28% to reach $131 million.

Sales for the company's timeshare vacation segment, which is Wyndham's biggest revenue generator and accounted for 58% of sales in the September quarter, climbed 7% compared to the prior-year period to reach $640 million. Volume per guest at the timeshare segment increased 2.6% year over year to reach $2,350, and new owner sales volume rose 15% compared to the prior-year period.

Shares of Wyndham have given up some ground in December, trading down roughly 7.6% in the month so far. 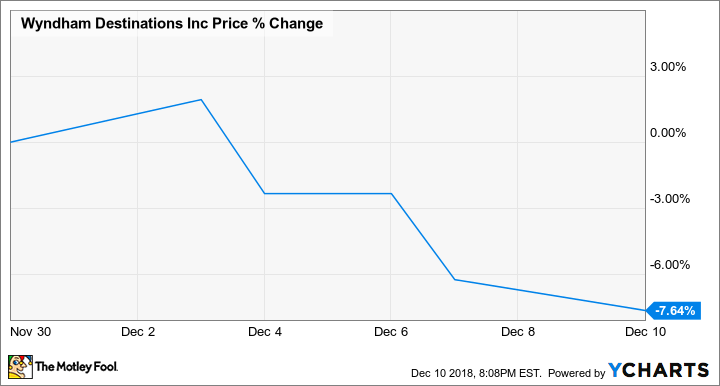 The company has revised its full-year targets to reflect the strong third-quarter performance and negative impact from hurricanes Florence and Michael. Adjusted EBITDA reflecting the company's business sell-off and spinoff is now expected to come in between $952 million and $960 million, down from its the previous target for adjusted EBITDA between $955 million and $975 million. Adjusted earnings per share are expected to come in between $4.77 and $4.85, shifting from the company's previous target for per-share between $4.74 and $4.94.