A day after Stitch Fix (NASDAQ:SFIX) shares plunged 21% on disappointing user growth in its first-quarter earnings report, the stock was on the mend today, recovering some of those losses as investors appeared to believe the stock had been oversold. As of 3:47 p.m. EST, it was up 8.9%, meaning the stock was down 14% over the two-day span.

Stitch Fix's comeback actually began yesterday morning, after the stock bottomed out at $18.40. From there, shares gradually moved higher, closing Tuesday's session at $20.54, up more than 10% from its low for the day. 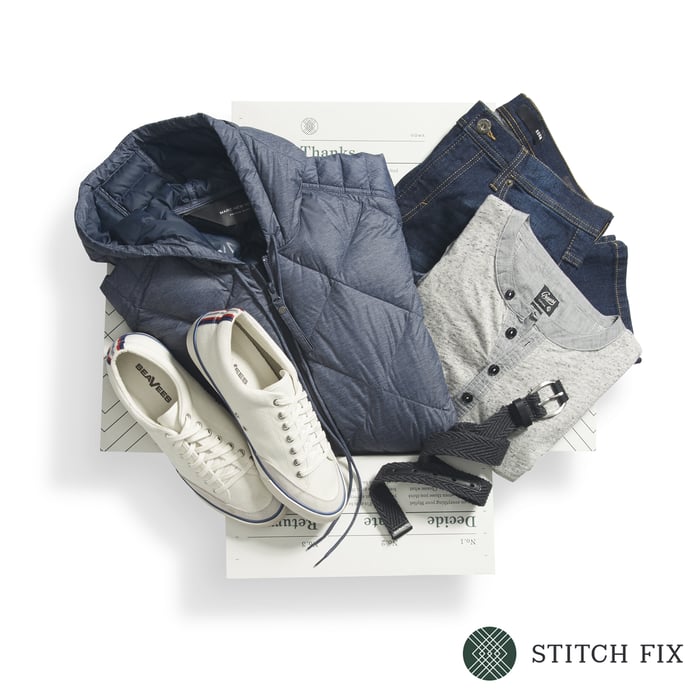 Despite Stitch Fix beating revenue and earnings estimates for the quarter, investors were turned off by slowing user growth as active clients increased 22.3% year over year to 2.93 million, missing estimates of 2.95 million. More concerning for the market was that management projected "relatively flat" user growth for the current quarter, due in part to a seasonal slowdown in advertising.

Slowing user growth can be a death knell for a growth stock like Stitch Fix, but management continued to say that the company was on track in executing its strategy, and that revenue per active client was growing fast enough to make up for the deceleration in user growth. It guided for revenue growth of 22% to 24% for the second quarter, a similar pace to the first quarter, and management raised its full-year revenue guidance slightly from 20%-25% to 21%-25%.

Investors seemed to believe Stitch Fix stock had been oversold on the plunge yesterday, as the stock had approached a 52-week low, but the pure-play online styling service is a difficult stock to value since it has no real peers on the market. After the rebound, the stock trades at a reasonable price-to-sales ratio of 1.7, and a P/E ratio of 57 as it's modestly profitable.

However, user growth concerns seem likely to weigh on the stock for the foreseeable future -- or at least until the company can dispel that notion. Given that, the upside on Stitch Fix shares seems limited for the near term.