The social networking giant's video platform is off to a respectable start, but will it last?

It's been just over a year since Facebook (FB 1.18%) launched Watch, the social networking company's answer to YouTube. The video platform has taken some time to get off the ground, only rolling out internationally in August. Meanwhile, Facebook launched IGTV over the summer to complement Watch, and Instagram generally has much greater growth potential than the core Facebook platform.

As Facebook's video ambitions grow, the company is now ready to share some updates. 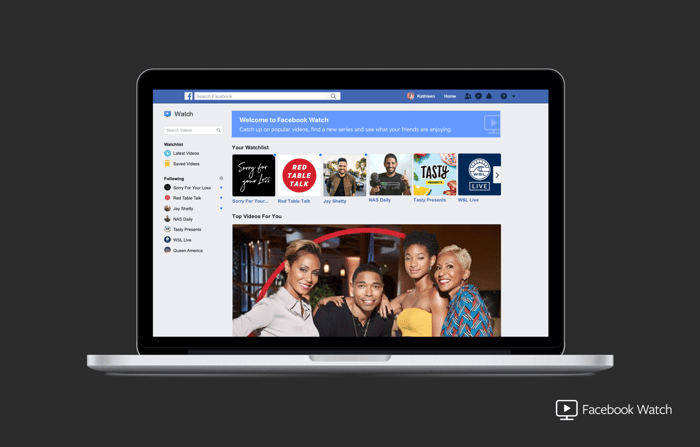 In a blog post today, Facebook says Watch now has over 400 million monthly active users (MAUs) and 75 million daily active users (DAUs). That MAU figure is up substantially from the 50 million MAUs Facebook disclosed in August, and at face value would represent a respectable chunk of the 2 billion viewers that visit Alphabet's (GOOG -1.29%) (GOOGL -1.34%) YouTube every month. However, it's worth noting that it only takes a Watch viewer 1 minute of engagement to qualify as either an MAU or a DAU. As the platform just launched within the past few months, it's possible that some of those users were checking out the platform out of curiosity, and that engagement may not be sustainable.

The DAUs do seem more engaged, and not just by definition. Facebooks says DAUs are spending an average of 20 minutes per day on Watch, and are "regularly coming back to catch up on the videos they care about and watching for longer periods of time."

Original content is part of Facebook's seeding strategy, and the company says it will renew four shows for a second season: Five Points, Sacred Lies, Sorry For Your Loss, and Huda Boss. Pretty much every tech giant is aggressively chasing high-quality original content in an effort to differentiate their respective video platforms and services. For instance, Sorry For Your Loss, which stars Elizabeth Olsen, has garnered critical claim, boasting a 96% score on Rotten Tomatoes.

Monetization is an altogether different challenge though, as Facebook's apparent strategy will be to monetize Watch with ads, not unlike YouTube. In contrast, Apple is widely expected to implement a subscription fee for its forthcoming video-streaming service, after an initial period where all content is available for free on Apple devices. That challenge is especially true when it comes to news shows, which Facebook includes on Watch as well. The Information (subscription required) reports that Facebook is reducing its payouts to news outlets since ad revenue has been relatively lackluster.

Facebook Watch is off to a respectable start, but key questions regarding the platform's long-term viability remain. How much of the engagement gains will persist? Will content partners be able to monetize their videos as well as on YouTube? Would it make sense to consider a paid subscription option, even if the core Facebook platform remains free? Will expensive original content actually help bring viewers in to Watch? Only time will tell.