The stock market was mixed on Thursday, giving up early gains once again as most major indexes finished relatively close to where they began the session. Market participants seemed torn between the good news in the U.S. economy from low claims for unemployment benefits and the threat of ongoing problems from the U.K.'s efforts to leave the European Union. British Prime Minister Theresa May managed to avoid losing a vote of no confidence from her own party late yesterday, but the margin of victory wasn't enough to reassure investors that the leader's troubles are over. Nonetheless, some companies had good news that lifted their shares higher. Ciena (NYSE:CIEN), Qudian (NYSE:QD), and Health Insurance Innovations (NASDAQ:BFYT) were among the best performers on the day. Here's why they did so well.

Ciena gets an earnings boost

Shares of Ciena rose by nearly 9% after the tech company reported its fiscal fourth-quarter financial results. The optical networking specialist said that sales rose 21% compared to the previous year's quarter, with adjusted net income soaring by more than two-thirds over the same period. Moreover, after spending more than $110 million on stock buybacks during the full fiscal year, Ciena announced that it had authorized repurchases of up to $500 million more. That represents about 10% of Ciena's entire market capitalization, and that showed continued optimism in the tech company's prospects for the coming year and beyond. 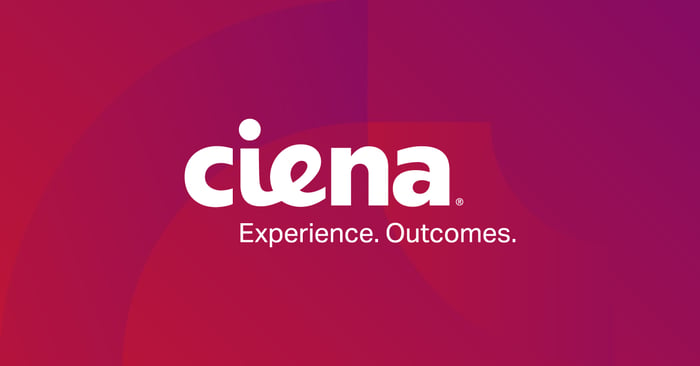 Qudian sees a great year ahead

Qudian stock jumped 20% in the wake of the Chinese consumer credit specialist's new guidance for the 2019 fiscal year. After asserting that it expects to make good on its previous guidance to make about 2.5 billion yuan in adjusted net income for 2018, Qudian set its 2019 benchmark at 3.5 billion yuan, translating into a growth rate of 40%. In addition, the company also said it would look at expanded stock buybacks, authorizing a new repurchase program for up to $300 million in stock. For a company with a $2.15 billion market cap, that's a big program, and Qudian shareholders have hopes that the consumer credit business will keep prospering in the Chinese market.

Finally, Health Insurance Innovations shares finished 19% higher. The company successfully entered into a settlement agreement with insurance regulators in 43 different states, calling for it to pay $3.4 million and take steps to improve its monitoring of sales calls to resolve issues raised in a joint market conduct examination that began in April 2016. Investors were pleased that the size of the settlement was so small, and fundamental business prospects have been strong for the provider of cloud-based platforms that let customers select various health insurance policies from third-party insurers. Now that it's no longer worried about a much larger settlement, Health Insurance Innovations also boosted its repurchase program from $50 million to $100 million, and that gave investors more optimism about the company's long-term future.