It's been a rough couple of months for Apple's (AAPL 2.54%) iPhone XR. Investor sentiment got so bad due to fears of lackluster demand that the company even took the rare step of defending iPhone XR unit volumes, with marketing exec Greg Joswiak recently saying that the iPhone XR has "been our most popular iPhone each and every day since the day it became available." That proclamation did little to quash investors' fears though, as shares have continued their monthslong slide. 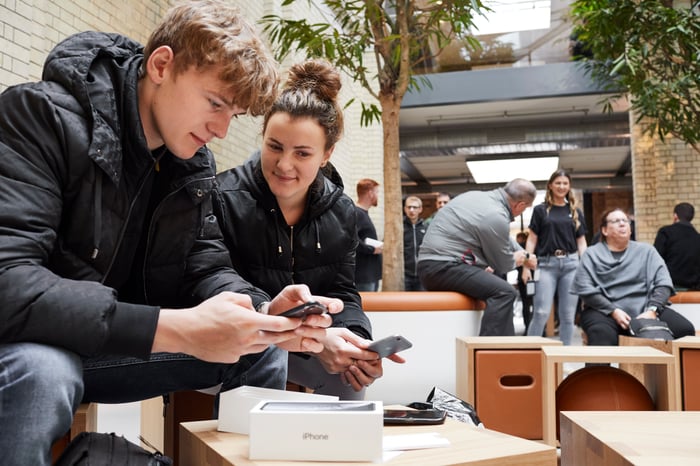 Respected Apple analyst Ming-Chi Kuo has just released a research note (via MacRumors) cutting his estimate on iPhone XR shipments -- again. Kuo now expects the tech titan to ship 15 million to 20 million iPhone XR units in the first quarter, down from his prior forecast of 20 million to 25 million. Recall that Kuo was rather bullish before the iPhone XR launched, boosting his estimates of iPhone XR units before cutting those forecasts just a month later.

Weak iPhone XR demand is leading to Kuo's reduced estimate for overall iPhone unit volumes, and he predicts that total 2019 iPhone volumes could fall as much as 10% to 188 million to 194 million, well below the Street's consensus of 212 million units in the coming year. The silver lining is that rising prices will offset some, but not all, of the unit decline. The analyst is modeling for iPhone average selling prices (ASPs) to continue rising throughout most of 2019. Apple discontinued the iPhone SE in September, which at a starting price of $350 had previously been the most affordable iPhone available.

Total iPhone units in the first quarter are now expected to be in the range of 38 million to 42 million, down from Kuo's prior estimate of 47 million to 52 million.

Price increases can only go so far

While Apple has done a good job using price increases to squeeze out revenue growth on flat volumes over the past year, that relative success will inevitably create a tough comparison going forward as the company tries to maintain that revenue base while the broader smartphone market plateaus.

Seeing as how Apple will no longer disclose unit sales data, investors will only be able to compare total iPhone revenue. It seems unlikely that the company can justify further price increases for its flagship iPhones, as it's already approaching $1,500 for the most expensive models -- more than entry-level MacBooks.

That means it will really boil down to strengthening the product mix to grow ASPs. Killing off the iPhone SE will help in that regard, but there are only so many levers Apple can pull.