Please ensure Javascript is enabled for purposes of website accessibility
Log In Help Join The Motley Fool
Free Article Join Over 1 Million Premium Members And Get More In-Depth Stock Guidance and Research
By Travis Hoium - Updated Dec 14, 2018 at 11:31AM

A buyer has come knocking on Belmond's door.

Shares of hotel owner Belmond Ltd (BEL) jumped as much as 40.4% in early trading Friday after announcement of its sale to LVMH. Shares were very steady in trading and were up 40.1% at 11:00 a.m. EST.

LVMH, which is known for owning luxury goods brands like Louis Vuitton and Christian Dior, has agreed to buy Belmond for $3.2 billion, or $25 per share. The deal is expected to close in the first half of 2019. 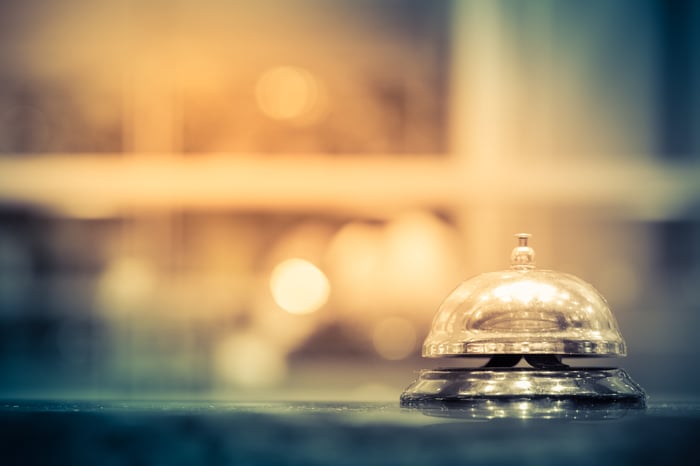 The idea for LVMH is to expand its ultra-luxury presence beyond just brands into exclusive hotels. It's not a straight financial play given Belmond's $572 million in revenue and $140 million in EBITDA over the last 12 months, but it will be a strategic play to expand high-end experiences that wealthy travelers are willing to pay for.

For Belmond shareholders, there isn't much upside in holding shares given the existing offer. Shares are trading only about 1% lower than the offer price, so unless the deal value is increased, there's not much lost in taking some chips off the table today. And given the premium LVMH is paying for Belmond's assets, I don't see a bidding war erupting for the company in the next few months.