Steep growth in merchandising costs and worse-than-expected adjusted earnings per share for Costco's (NASDAQ:COST) first quarter of fiscal 2019 spooked some investors on Friday, sending shares 8.6% lower by the time the market closed. Of course, there were positive takeaways from the quarter, as well, namely the company's accelerating comparable-store sales growth and continued momentum in e-commerce. 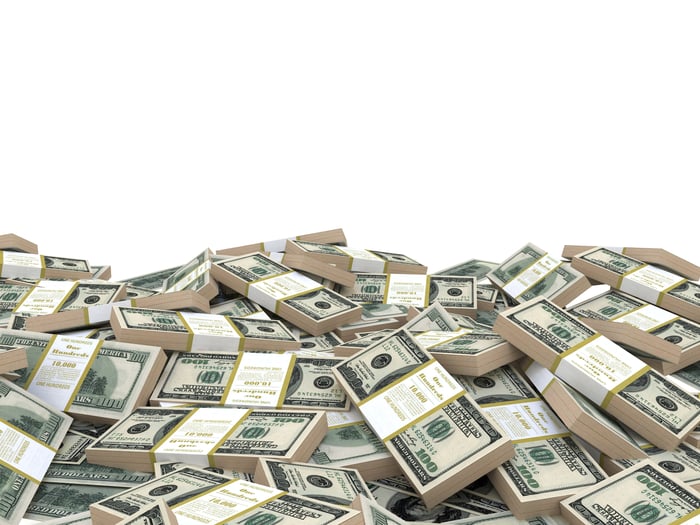 When asked during the call about the margin and profitability profile of Costco's e-commerce business, Costco CFO Richard Galanti responded by first emphasizing that the business has a slightly lower gross profit margin than the company's core brick-and-mortar business, thanks to a higher mix of lower-margin product sales and shipping costs. But Costco makes up for e-commerce's lower gross margin with significantly lower sales, general, and administrative costs, Galanti explained.

This means Costco's e-commerce business ultimately contributes more to profitability than sales from its stores, the CFO said. But Galanti also reminded analysts that not every associated expense is fully allocated to its e-commerce business, as there's some overlap in certain costs categories with its brick-and-mortar business.

Altogether, it sounds like e-commerce likely is contributing positively to Costco's business economics. This is good news since Costco's e-commerce business is growing rapidly. E-commerce sales in the company's first quarter were up 26% year over year.

Is it time for a fourth special dividend?

One capital-allocation strategy long-term Costco shareholders likely have developed an appreciation for over the years are special dividends, or unscheduled dividends that are occasionally paid on top of regular dividends. Including its first special dividend in December of 2012, Costco has paid a total of three special dividends.

With all of these special dividends spaced about two years and one quarter apart from each other, some investors may be speculating that Costco will pay another special dividend around August of 2019.

When asked about the potential for another special dividend, Galanti didn't deny its likelihood, but he also admitted the company has "made no decision" on it. He said: "So we've been asked, what happens in two and a quarter years from May of '17, and we've said, we don't know. Stay tuned and see.

When we've done them, they've worked well. We still continue to generate a lot of cash in excess of our capex [capital expenditures] and in excess of a roughly $1 billion annual dividend that has grown historically about 13% a year. It's certainly on the table but there are no promises of if and when and how much.