Congratulations, Pfizer (NYSE:PFE) shareholders. You just got a nice raise.

Last week, the big pharma company announced that its board of directors had approved an increase in its quarterly dividend, from $0.34 per share to $0.36 per share. The dividend hike goes into effect with Pfizer's Q1 dividend, which is payable on March 1, 2019, to all shareholders of record as of the close of business on Feb. 1, 2019.

You might be thinking, "A couple of pennies per share extra isn't anything to get excited about." But Pfizer's latest dividend hike is better news than you might think. Here are three reasons why. 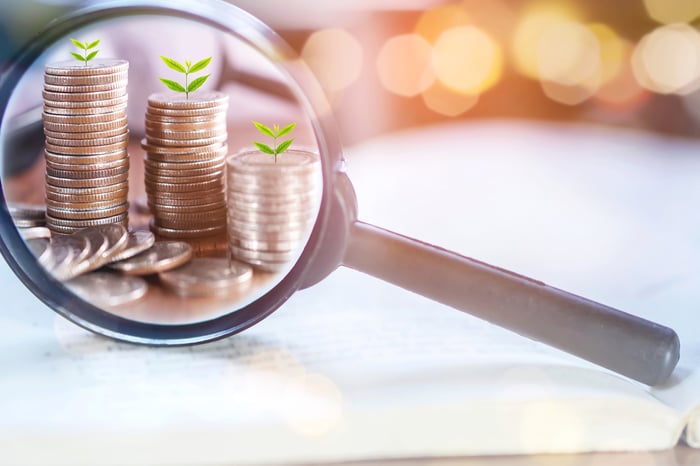 1. The power of compounding

Yes, Pfizer's recent dividend increase is just under 6%. But it's not the one-time increase that is important, it's the cumulative effect of multiple increases over the years.

The dividend hike will boost Pfizer's dividend yield to nearly 3.3%. Thanks to the power of compounding, though, investors who bought and held the drugmaker's shares will enjoy much better yields.

For example, if you bought Pfizer stock 10 years ago at the beginning of 2009, your dividend yield at the time would have been around 3.6%. But if you held onto your shares, your effective dividend yield now (calculated by dividing Pfizer's annualized dividend level with the recent increase by the share price you paid in 2009) would be more than 8% -- more than double the level at which you started out. That's the power of compounding.

2. It's accompanied by a big buyback

Pfizer's latest dividend hike is kind of like a present you open and find two gifts instead of one. The company's dividend increase was accompanied by the board's authorization of a new $10 billion share repurchase program.

Share repurchases, also known as stock buybacks, are another way for companies to return profits to shareholders. The idea behind buybacks is that they increase the value of existing shares by reducing the total number of shares.

Suppose Pfizer paid a dividend this year then didn't pay one for several years. After a hiatus, the company resumed paying dividends for a year or two, then halted the program again. And let's say instead of a yield of around 3.3% like Pfizer now has, the yields in this scenario were significantly higher -- around 6%.

Would you rather have the Pfizer dividend of reality or the Pfizer dividend of this hypothetical scenario? My guess is that every shareholder would much prefer the solid dividend that actually exists today, even though the yield in the made-up scenario was a lot higher. The fact is that consistency makes a dividend -- and its underlying stock -- more valuable in the eyes of income-seeking investors.

With this in mind, consider that Pfizer's just-announced dividend will be the company's 321st consecutive quarterly dividend paid. That's more than 80 years of paying out a dividend every single quarter. Pfizer's streak continues. And the longer it goes, the more pressure the company has to keep it going even longer. As a result, Pfizer's dividend becomes more attractive.

While many investors like Pfizer primarily because of its dividend, there's more to the story for the pharma stock. Pfizer has generated a great return so far in 2018. Actually, with a little tailwind over the next few days, it's even possible that the stock could deliver its best gains of the 21st century this year.

Although Pfizer faces a few challenges, notably with declining sales for several older products, it also claims arguably its best pipeline in years. The company's current lineup includes big winners like cancer drug Ibrance and anticoagulant Eliquis, which is on track to become the No. 5 best-selling drug in the world.

Pfizer's long-term prospects appear to be quite good. And that should enable shareholders to enjoy their nice raise even more.